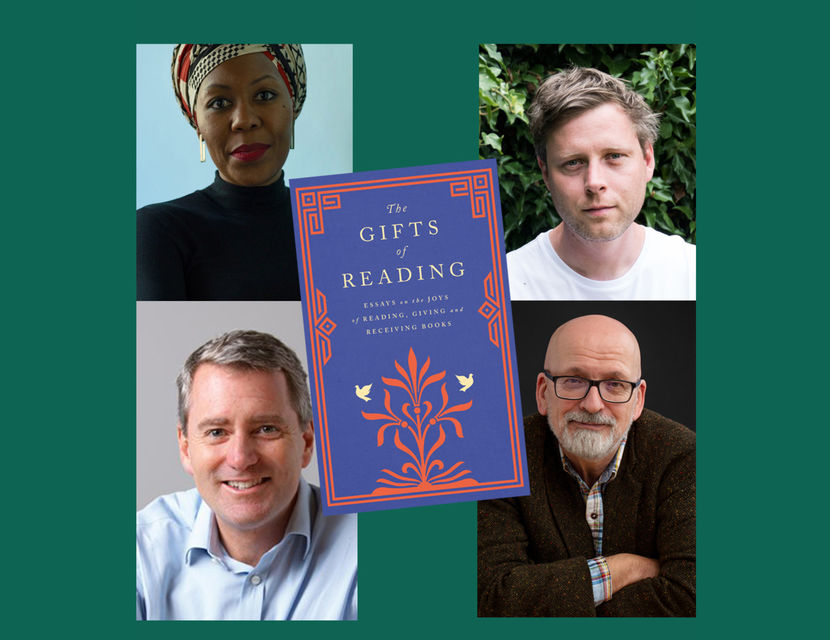 Book Launch: The Gifts of Reading

As readers, we know that the ultimate gift in life is the pleasure to be found between the covers of a book. In The Gifts of Reading, an anthology published to celebrate the 20th anniversary of global literacy non-profit, Room to Read, we find an anthology of essays by some of the world’s most beloved novelists, non-fiction writers, essayists and poets.

For the Australian online launch we are honoured to be joined by some of the very best: Max Porter, Roddy Doyle and Sisonke Msimang along with Room to Read Founder John Wood and moderator Susan Wyndham. Please join us!

The Gifts of Reading was inspired by British writer Robert Macfarlane and curated by Jennie Orchard. It is published by Hachette Australia.

Please note: 10% of proceeds from the sale of the book go towards to Room to Read (https://www.roomtoread.org/)

Roddy Doyle was born in Dublin. He is the author of twelve acclaimed novels, including The Commitments, The Van, Paddy Clarke Ha Ha Ha (winner of the Booker Prize) and, most recently, Love. In addition to his fiction, Roddy has written several collections of stories, as well as the Two Pints collection of dialogues, a memoir of his parents, and several works for children and young adults. He has also written for the stage, and for big and small screens. He lives and works in Dublin where he is Chair and co-founder of Fighting Words, an organisation dedicated to using the creative practice of writing and storytelling to strengthen children and teenagers to be resilient, creative and successful shapers of their own lives.

Sisonke Msimang is a South African writer whose work is focused on race, gender and democracy. She has written for a range of international publications including the New York Times, the Washington Post and the Guardian, and has received fellowships and residencies from the Aspen Institute, Yale University and the Rockefeller Foundation. Sisonke is the author of two books – The Resurrection of Winnie Mandela and Always Another Country: A memoir of exile and home. Sisonke lives in Perth where she is Curator of Literature and Ideas at Perth Festival.

Max Porter is the author of two highly acclaimed novels, Grief is the Thing with Feathers and Lanny. He has been the recipient of numerous awards and, in addition to his novels, has written and published poetry, essays and short stories. He is also a dazzling speaker. Prior to his writing career, Porter managed the Chelsea branch of Daunt Books, winning the Bookseller of the Year Award in 2009. He was Editorial Director at Granta and Portobello Books until 2019. In addition to writing fiction, he engages with literacy initiatives. ‘I want to commit myself to closing the gap between literacy and the literary, because I think that gap is widening in a worrying way, and I don’t think there’s any point in us publishing or writing books if we’re not growing new readers.’

John Wood is the Founder of Room to Read, one of the fastest-growing social enterprises in world history that has brought the lifelong gift of education to nearly twenty million children in sixteen countries across the developing world. John has published five books, including the bestselling Leaving Microsoft to Change the World, which was chosen by Amazon as one of the Top Ten Business Books of 2006, and Purpose, Incorporated. Goldman Sachs named him one of the World’s 100 Most Intriguing Entrepreneurs and he was awarded Microsoft’s Alumnus of the Year by Bill and Melinda Gates.

Susan Wyndham is a journalist and former literary editor of The Sydney Morning Herald. She is the author of Life in His Hands: the true story of a neurosurgeon and a pianist, editor of My Mother, My Father: on losing a parent, and a contributor to several other anthologies.

Always Another Country: A Memoir of Exile and Home
Sisonke Msimang
Close