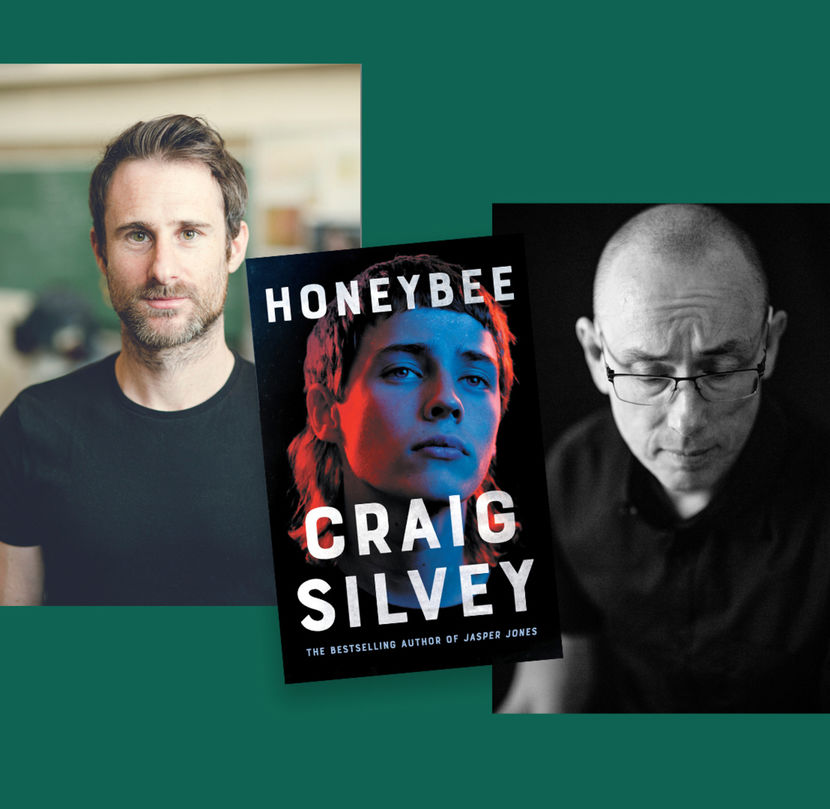 Honeybee is the highly anticipated new novel by Craig Silvey, the bestselling author of Jasper Jones. 'Find out who you are and live that life.' Two lives are forever changed by a chance encounter, as might ours after this amazing conversation!

Late in the night, fourteen-year-old Sam Watson steps onto a quiet overpass, climbs over the rail and looks down at the road far below. At the other end of the same bridge, an old man, Vic, smokes his last cigarette. The two see each other across the void. A fateful connection is made, and an unlikely friendship blooms. Slowly, we learn what led Sam and Vic to the bridge that night. Bonded by their suffering, each privately commits to the impossible task of saving the other. Honeybee is a heartbreaking, life-affirming novel that throws us headlong into a world of petty thefts, extortion plots, botched bank robberies, daring dog rescues and one spectacular drag show.

Craig Silvey is an author and screenwriter from Fremantle, Western Australia. His critically acclaimed debut novel, Rhubarb, was published in 2004. His bestselling second novel, Jasper Jones, was released in 2009 and is considered a modern Australian classic. Published in over a dozen territories, Jasper Jones has won plaudits in three continents, including an International Dublin Literary Award shortlisting, a Michael J. Printz Award Honor, and a Miles Franklin Literary Award shortlisting. Jasper Jones was the Australian Book Industry Awards Book of the Year for 2010. Honeybee is his third novel.

Nigel Featherstone’s latest work, BODIES OF MEN, was published by Hachette Australia in 2019; the novel was shortlisted in the Queensland Literary Awards and received a Canberra Critics Circle Award. His acclaimed first novel, REMNANTS, was published by Pandanus Books in 2005. Nigel is also the author of three thematically linked novellas: THE BEACH VOLCANO, I’M READY NOW, which was short-listed for both the ACT Book of the Year, and FALL ON ME (all Blemish Books). Over 50 of his short stories have been published in Australian journals including the Review of Australian Fiction, Meanjin, and Overland. Nigel has also written 120 creative non-fiction stories, appearing in outlets such as the Sydney Morning Herald, Canberra Times, Chicago Quarterly Review, and The Millions. In 2014 the Hume Conservatorium commissioned him to write the libretto for an original song cycle, with the music composed by James Humberstone from the Sydney Conservatorium. This work, titled THE WEIGHT OF LIGHT, was developed by The Street Theatre in Canberra and had its world premiere in the national capital in March 2018 to acclaim. Nigel’s current work for the stage, THE STORY OF THE OARS, is in development through The Street Theatre. He has held residencies at UNSW Canberra / the Australian Defence Force Academy, Varuna (Blue Mountains, NSW) and Bundanon (Shoalhaven River, NSW). Nigel was awarded the inaugural Write North Writers’ Group Residency (2020), an initiative of the Byron Writers Festival.