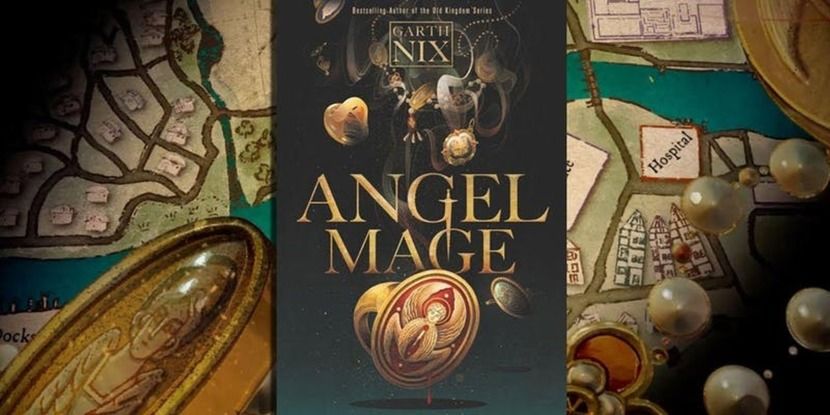 In Conversation with Garth Nix

Join bestselling author Garth Nix for an in conversation with about his highly anticipated new release, Angel Mage. He will be joined by Leife Shallcross, author of The Beast's Heart.

The icon-maker and angel-summoner Liliath, long believed dead, has woken from her century-long sleep to pick up the threads of a plan that has already destroyed one kingdom and may yet destroy another. To succeed, Liliath must bring together Agnez the musketeer, Simeon the doctor, Dorotea the mage, and Henri, one of the Cardinal's clerks, and take them into utmost danger ...

Set in an alternative seventeenth century where angels can be summoned (and controlled) by those with a talent for magic, Angel Mage is an action-packed story of angels, heroes, gunpowder and high magic. About Garth Nix

Garth Nix was born in 1963 in Melbourne, Australia. A full-time writer since 2001, he previously worked as a literary agent, marketing consultant, book editor, book publicist, book sales representative, bookseller, and as a part-time soldier in the Australian Army Reserve.

Garth's books include the award-winning young adult fantasy novels Sabriel, Lirael, Abhorsen and Clariel; the dystopian novel Shade's Children; the space opera A Confusion of Princes; and a Regency romance with magic, Newt's Emerald. His fantasy novels for children include The Ragwitch; the six books of the Seventh Tower sequence; the Keys to the Kingdom series; and the Troubletwisters series and Spirit Animals: Blood Ties (co-written with Sean Williams). More than five million copies of his books have been sold around the world, his books have appeared on the bestseller lists of the New York Times, Publishers Weekly, the Guardian and the Australian, and his work has been translated into forty languages. He lives in a Sydney beach suburb with his wife and two children.