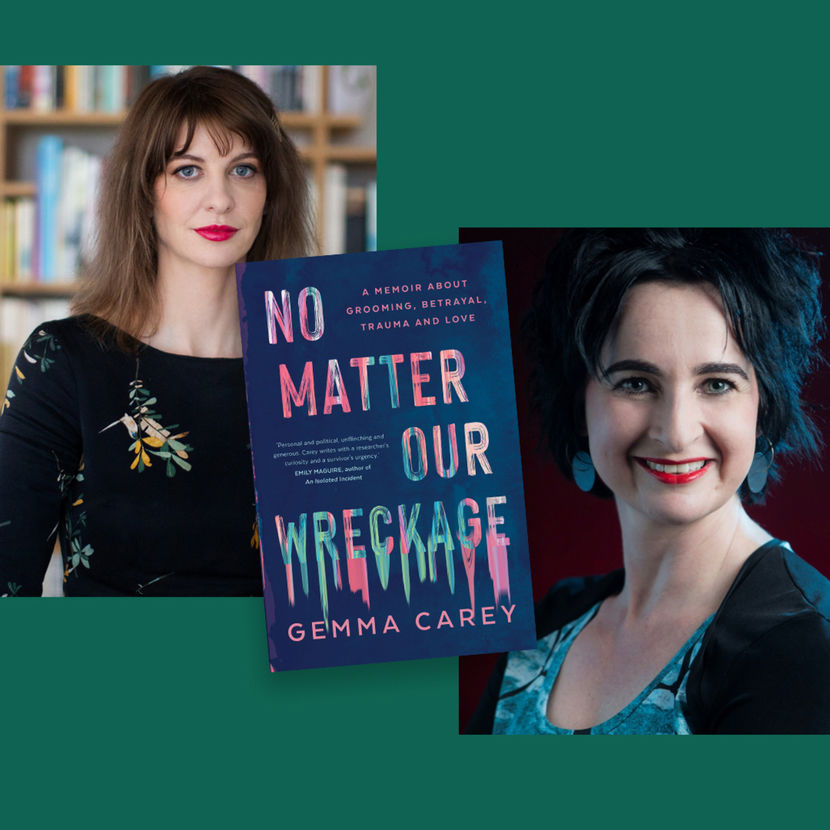 No Matter Our Wreckage: A Conversation with Gemma Carey & Ginger Gorman

A memoir about grooming, intergenerational trauma, grief and love

A ground-breaking, uncompromising and unflinching memoir about grooming, intergenerational trauma, grief and love. A look at forgiveness – how and why it isn’t always a magical solution to healing trauma .

My mother knew I was abused as a child. She had read letters sent from my abuser to me…But she never spoke to me about them, or what they described. And she never intervened to stop the abuse…Now she is dying and the past is rising to the surface like a bruise….

No Matter Our Wreckage is a powerful, poetic and unflinching memoir about what it means not to matter, and how an extraordinary woman refused to listen to the stories she was being told about herself - by her history, by her abuser, by her mother, by society. It is only by speaking out that Gemma Carey learns she can break free from her past and reclaim her life, her self and her future.

Gemma Carey is an author and researcher. Her writing has appeared in The Guardian, Meanjin, and The Canberra Times amongst other outlets. She has featured on ABC Radio and NPR. As a writer, Gemma's goal is to capture hard life experiences - grief, loss and trauma - and spin them into something beautiful so that others can see their own experiences reflected back to them and people who haven't experienced such things can learn. Gemma is an Associate Professor at the University of New South Wales, where she is the Research Director for the Centre for Social Impact. Her academic work focuses on health and social inequalities.

Ginger Gorman is the author of the powerful book, Troll Hunting: Inside the world of online hate and its human fallout and is also an award-winning print and radio journalist based in the Australian Capital Territory. She is also a 2006 World Press Institute Fellow. Her freelance work has been published in print and online in publications such as news.com.au, The Huffington Post, The Guardian, The Age and the ABC’s Drum website.

No Matter Our Wreckage
Gemma Carey