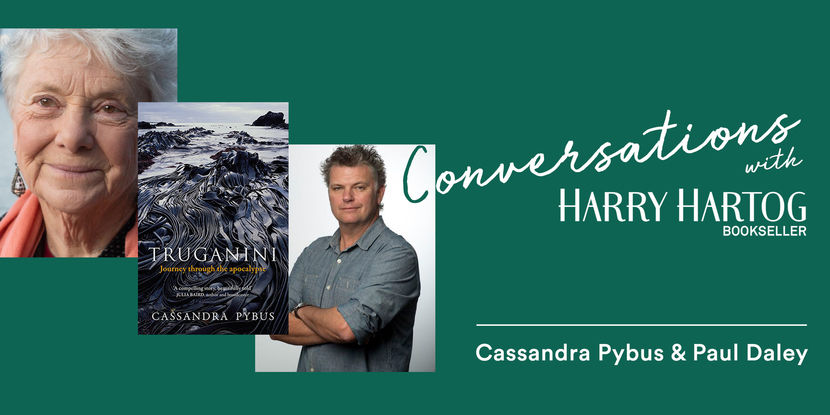 LIVE STREAM on May 27th

The haunting true story of an extraordinary Aboriginal woman: Truganini. Surviving nearly seven decades of devastation – in which she became the international icon for the so-called extinction of the original people of Tasmania – for the first time her extraordinary history in full has been unearthed through Cassandra's eyewitness accounts. Completely absorbing and utterly spellbinding, finally this is the biography Truganini deserved.

Cassandra Pybus is an independent scholar and prizewinning non-fiction author. Her most recent book is Truganini: Journey Through the Apocalyse. In addition to fellowships from the Australia Council and Australian Research Council, she has been Fulbright Professor at Georgetown University in Washington DC, Distinguished Visiting Professor at the University of Texas and Leverhulme Visiting Professor at King's College, London. Cassandra lives in the southeast corner of Tasmania where her immigrant ancestors settled in 1829.

Paul Daley is an author, journalist, essayist and short story writer. His books have been shortlisted for the Prime Minister’s History Prize and ACT Book of the Year. He has won two Walkley Awards and the National Press Club Award for Excellence in Press Gallery Journalism. His essays have appeared in Meanjin and Griffith Review and he writes ‘Postcolonial’, a column for The Guardian about Australian national identity, history and Indigenous culture.