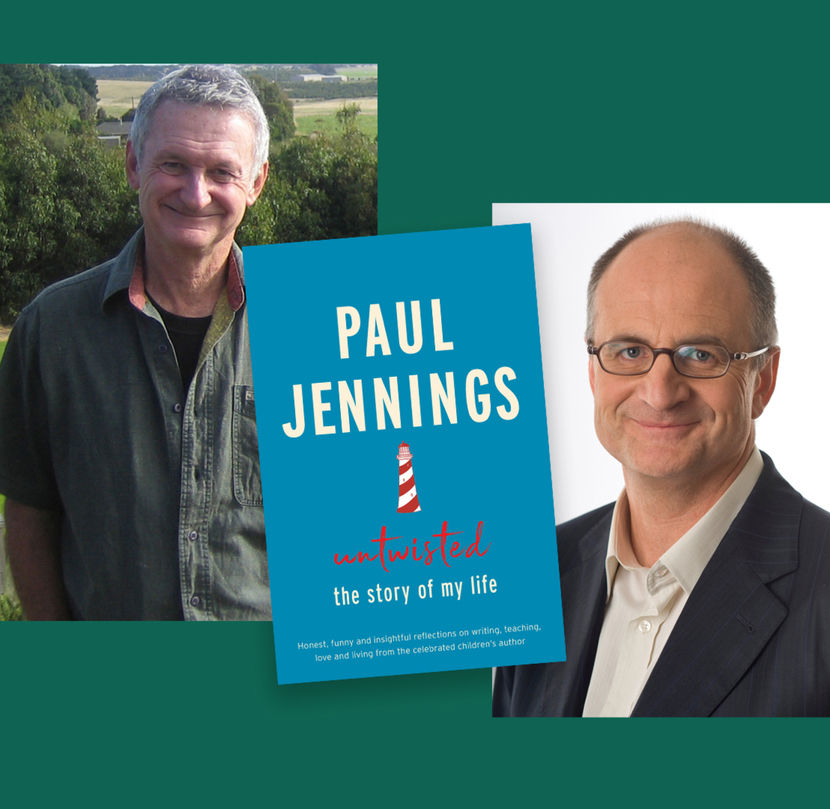 Join us to hear more about this honest, insightful and funny memoir about writing, teaching and life from one of Australia's most loved children's authors, Paul Jennings. With James O'Loghlin in the driver's seat, we have two fabulously entertaining authors in one night!

Sometimes, rather than making you laugh or cry out in surprise, a story will instead leave you wondering about human fragility ... In the telling of his own tale, children's author and screenwriter Paul Jennings demonstrates how seemingly small events can combine into a compelling drama. As if assembling the pieces of a jigsaw puzzle, he puts together fragments, memories and anecdotes to reveal the portrait of a complex and weathered soul. Untwisted is revealing, moving and very funny. For adults.

Paul Jennings has written more than one hundred stories and sold over ten million books. Since the publication of Unreal! in 1985, readers all around the world have loved his stories. The first two series of the top-rating TV series Round the Twist were based on Paul's popular short story collections and he received two Awgie awards forscreenwriting episodes. He was made a Member of the Order of Australia for services to children's literature in 1995, was awarded the prestigious Dromkeen Medal in 2001 and was made a Fellow of Monash University in 2010. In 2019 he was awarded a Lifetime Achievement Award by the Children's Book Council of Australia.

James O’Loghlin is an author, corporate speaker, media personality also know as the host of over 300 episodes of the much loved The New Inventors on ABC TV. His latest children’s book in The New Kid series, Very Popular Me was published in 2019.

Untwisted: the Story of My Life
Paul Jennings
Close