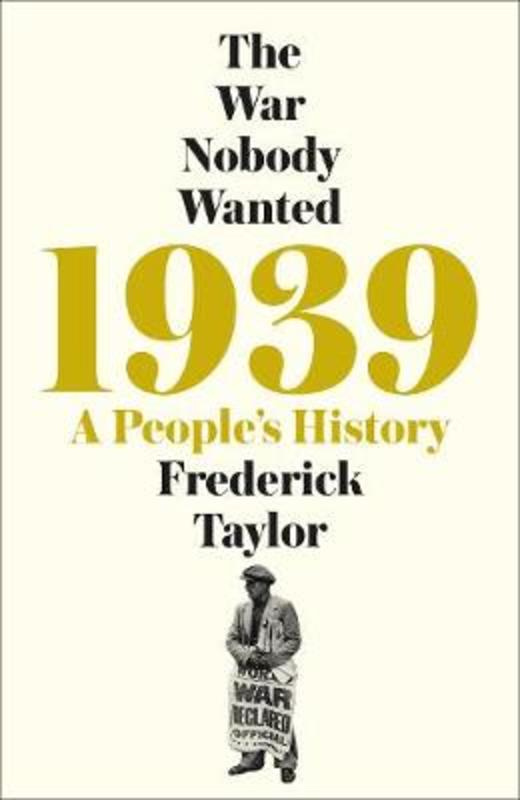 In the autumn of 1938, Europe believed in the promise of peace. Still reeling from the ravages of the Great War, its people were desperate to rebuild their lives in a newly safe and stable era. But only a year later, the fateful decisions of just a few men had again led Europe to war, a war that would have a profound and lasting impact on millions of innocent people.

From the bestselling historian Frederick Taylor, 1939: A People's History draws on original British and German sources, including recorded interviews, as well as contemporary diaries, memoirs and newspapers. Its narrative focuses on the day-to-day experiences of the men and women in both countries trapped in this disastrous chain of events and not, as is so often the case, the elite. Their voices, concerns and experiences lend a uniquely intimate flavour to this often surprising account, revealing a marked disconnect between government and people; few ordinary citizens in either Britain or Germany wanted war.

Precisely for that reason, 1939: A People's History is also an interrogation of our capacity to go to war again. In today's Europe, an onset of uncertainty, a looming fear of radical populism and a revelatory schism are dangerously reminiscent of the perils of the autumn of 1938. It is both a vivid and richly peopled narrative of Europe's slide into the horrors of war, a war that nobody wanted, and, in many ways, a warning; an opportunity for us to learn from our history and a reminder that we must never take peace for granted.