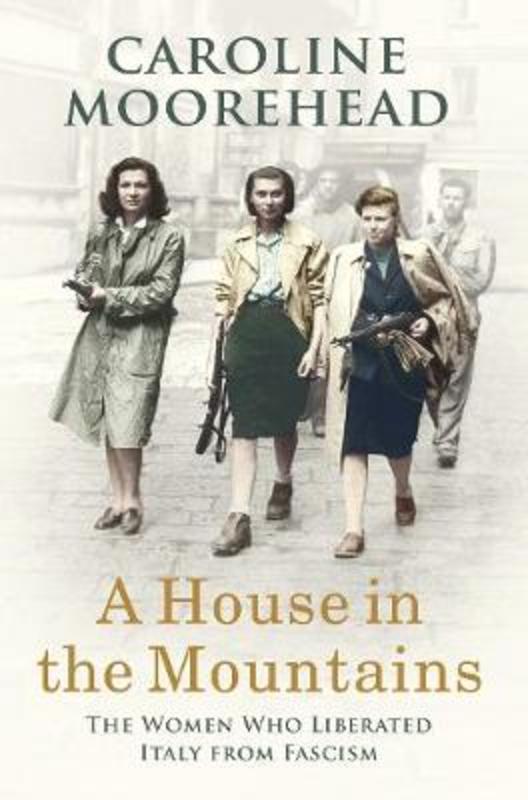 A House in the Mountains

The Women Who Liberated Italy from Fascism

'Moorehead paints a wonderfully vivid and moving portrait of the women of the Italian Resistance...an excellent book... She depicts a tragic fate that is timeless, of dreams forged in adversity, shattered by collisions with practical politics' MAX HASTINGS, SUNDAY TIMES

In the late summer of 1943, when Italy changed sides in the War and the Germans - now their enemies - occupied the north of the country, an Italian Resistance was born. Ada, Frida, Silvia and Bianca were four young Piedmontese women who joined the Resistance, living clandestinely in the mountains surrounding Turin. They were not alone. Between 1943 and 1945, as the Allies battled their way north, thousands of men and women throughout occupied Italy rose up and fought to liberate their country from the German invaders and their Fascist collaborators.

The bloody civil war that ensued across the country pitted neighbour against neighbour, and brought out the best and worst in Italian society. The courage shown by the partisans was exemplary, and eventually bound them together as a coherent fighting force. The women's contribution was invaluable - they fought, carried messages and weapons, provided safe houses, laid mines and took prisoners. Ada's house deep in the mountains became a meeting place and refuge for many of them.

The death rattle of Mussolini's two decades of Fascist rule - with its corruption, greed and anti-Semitism was unrelentingly violent, but for the partisan women it was also a time of camaraderie and equality, pride and optimism. They had proved, to themselves and to the world, what resolve, tenacity and, above all, exceptional courage could achieve.