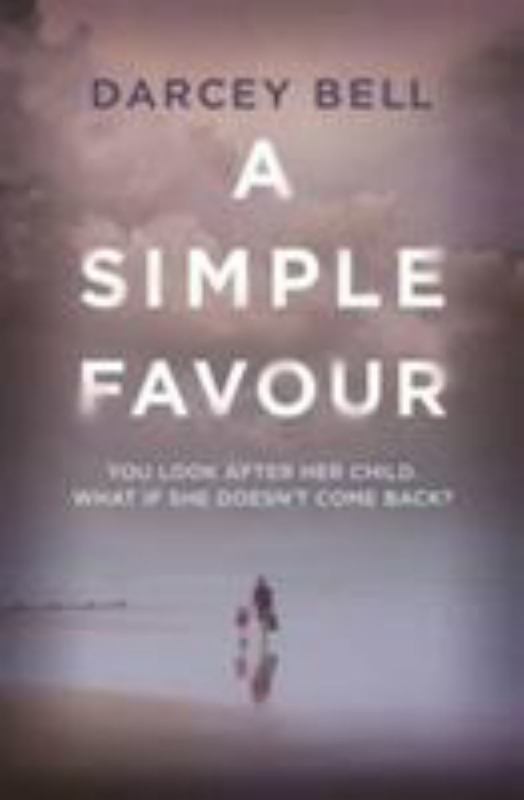 A Simple Favour is a twisting free-fall ride filled with betrayal, reversal, secrets and revelations, love and loyalty.

Darcey Bell ratchets up the tension in a taut, unsettling, and completely absorbing thriller that holds you in its grip until the final page.

You look after her child. What if she doesn't come back?

It starts with a simple favour - an ordinary kindness mothers do for one another. When her best friend, Emily, asks Stephanie to pick up her son after school she happily says yes. Their children are classmates and best friends. And five-year-olds love being together - just like she and Emily do. As a widow and stay-at-home blogger mum living in suburban Connecticut, Stephanie was lonely until she met Emily, a glamorous and successful PR executive. The trouble is that Emily doesn't come back. No matter what the police say, Stephanie knows that she would never leave her son. Terrified, she reaches out to her fellow mummy bloggers. And she also reaches out to Emily's husband offering her support.

PRAISE FOR A SIMPLE FAVOUR

"Riveting and brilliantly structured, A Simple Favor is an edge-of-your seat domestic thriller about a missing wife and mother that relies on a rotating cast of unreliable narrators to ingeniously examine the cost of competitive mom-friends, the toll of ordinary marital discontent and the fallacy of the picture-perfect, suburban family." Kimberly McCreight, New York Times bestselling author