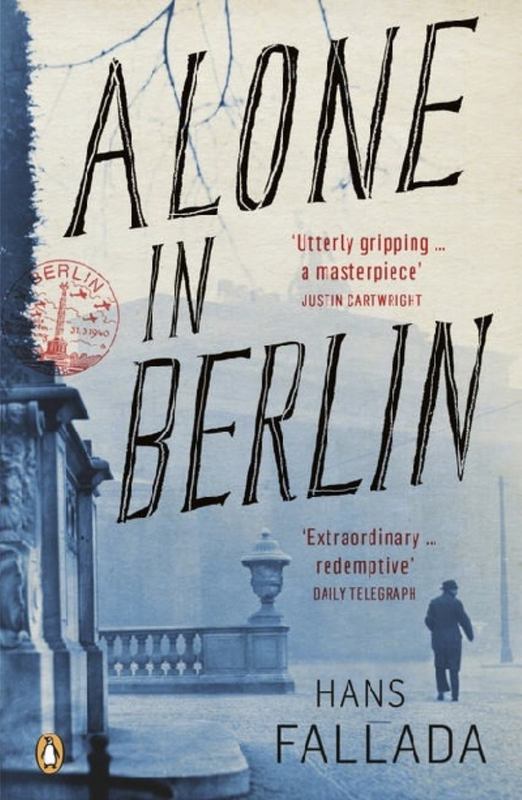 Berlin, 1940. The city is paralysed by fear. But one man refuses to be scared. Otto, an ordinary German living in a shabby apartment block, tries to stay out of trouble under Nazi rule. But when he discovers his only son has been killed fighting at the front he's shocked into an extraordinary act of resistance, and starts to drop anonymous postcards attacking Hitler across the city. If caught, he will be executed. Soon this silent campaign comes to the attention of ambitious Gestapo inspector Escherich, and a murderous game of cat-and-mouse begins. Whoever loses, pays with their life. 'First published in Germany in 1947 and evoking the horror of life in Germany in the Second World War. A rediscovered masterpiece that makes you want to seek out more works by this great chronicler of events in my own lifetime.' Barry Humphries, Books of the Year, Sunday Telegraph 'Extraordinary ...... redemptive ...... as morally powerful as anything I've ever read' Charlotte Moore, Daily Telegraph 'One of the most extraordinary and compelling novels written about World War II. Ever' Alan Furst 'Terrific ...... a fast-moving, important and astutely deadpan thriller' Irish Times 'Fallada assembles a cast of vivid low-life characters, stoolies, thieves and whores' James Buchan, Guardian 'An unrivalled and vivid portrait of life in wartime Berlin' Philip Kerr 'I had to read this book to see why the publisher was reviving a book first published in 1947. I can really understand why, as it is amazing. A man drops postcards all over Berlin criticising Hitler. He hopes to start a revolt of sorts but the postcards have a quite different reaction. Part crime, part spy thriller, part historical novel. It reminded me very much of City of Thieves. Very good.' Chris pagesandpages.com.au Alone in Berlin is the tale of a German couple who, following the death of their son in the German invasion of France, begin leaving postcards around Berlin criticising Hitler's regime. While it's depiction of wartime Berlin is a season in hell, this is a wonderful book that slowly ensnares you, at once gripping, profound, and for me, unputdownable. It suggests that resistance to evil is rarely straightforward, mostly futile, and generally doomed. Yet to the novel's aching, unanswered question- 'Does it matter?' there is in this strange and compelling story to be found a reply in the affirmative. Primo Levi had it right- This is the great novel of German resistance. Richard Flanagan