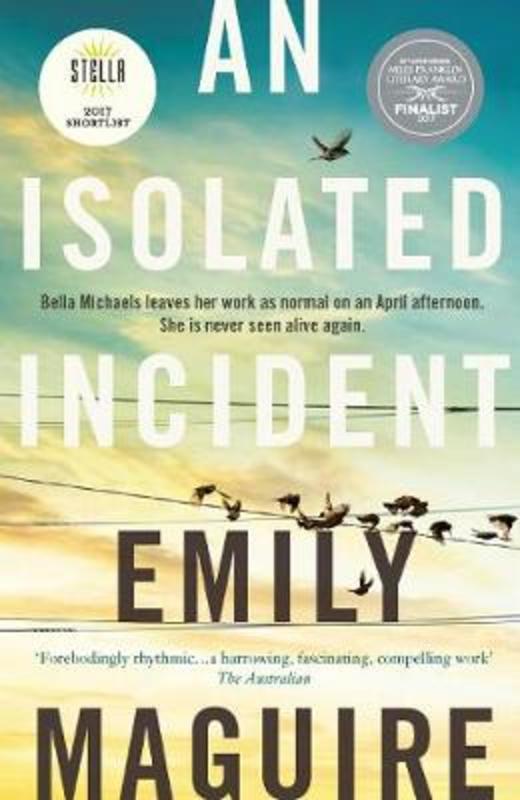 SHORTLISTED FOR THE 2017 STELLA PRIZE

SHORTLISTED FOR THE 2017 NED KELLY AWARDS

When 25-year-old Bella Michaels is brutally murdered in the small town of Strathdee, the community is stunned and a media storm descends.

Unwillingly thrust into the eye of that storm is Bella's beloved older sister, Chris, a barmaid at the local pub, whose apparent easygoing nature conceals hard-won wisdom and the kind of street-smarts only experience can bring.

As Chris is plunged into despair and searches for answers, reasons, explanation - anything - that could make even the smallest sense of Bella's death, her ex-husband, friends and neighbours do their best to support her. But as the days tick by with no arrest, Chris's suspicion of those around her grows.

An Isolated Incident is a psychological thriller about everyday violence, the media's obsession with pretty dead girls, the grip of grief and the myth of closure, and the difficulties of knowing the difference between a ghost and a memory, between a monster and a man.

"At the heart of ... Emily Maguire's work lies an urgent need to pull away at the interconnecting threads of morality, society and human relationships." Sydney Morning Herald

"what you get, along with a sharp mind and a keenness to investigate cultural confusions, is an engaging ability to put the vitality of the story first." Weekend Australian