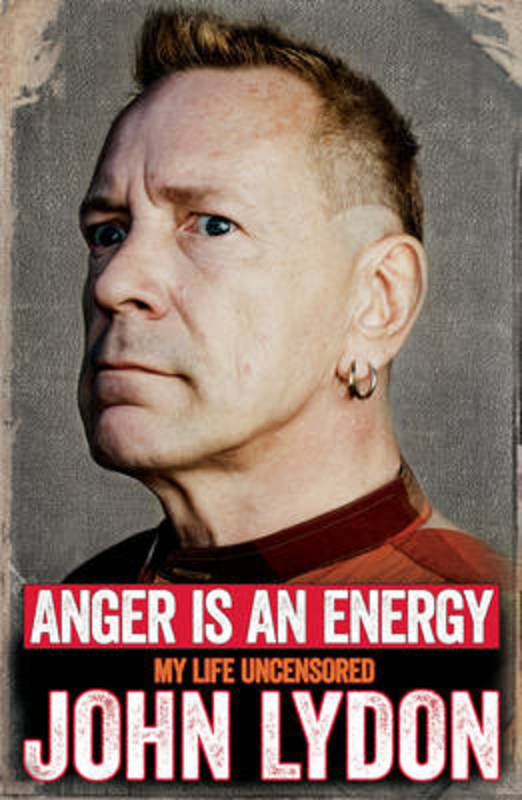 Anger is an Energy: My Life Uncensored

This is the definitive autobiography of John Lydon, one of the most recognizable icons in the annals of music history. As Johnny Rotten, he was the lead singer of the Sex Pistols - the world's most notorious band, who shot to fame in the mid-1970s with singles such as 'Anarchy in the UK' and 'God Save the Queen'. Via his music and invective he spearheaded a generation of young people across the world who were clamouring for change - and found it in the style and attitude of this most unlikely figurehead.

With his next band, Public Image Ltd (PiL) Lydon expressed an equally urgent impulse in his make-up - the constant need to reinvent himself. From their beginnings in 1978 he set the template for a band that continues to challenge and thrive in the 2010s. He also found time for making innovative new dance records with the likes of Afrika Baambaata and Leftfield.

Following the release of a solo record in 1997, John took a sabbatical from his music career into other media, most memorably his own Rotten TV show for VH1 and as the most outrageous contestant ever on I'm a Celebrity ... Get Me Out of Here!He then fronted the Megabugsseries and one-off nature documentaries and even turned his hand to a series of much loved TV advertisements for Country Life butter.

Lydon has remained a compelling and dynamic figure - both as a musician, and, thanks to his outspoken, controversial, yet always heartfelt and honest statements, as a cultural commentator.The book is a fresh and mature look back on a life full of incident from his beginnings as a sickly child of immigrant Irish parents who grew up in post-war London, to his present status as a vibrant, alternative national hero.