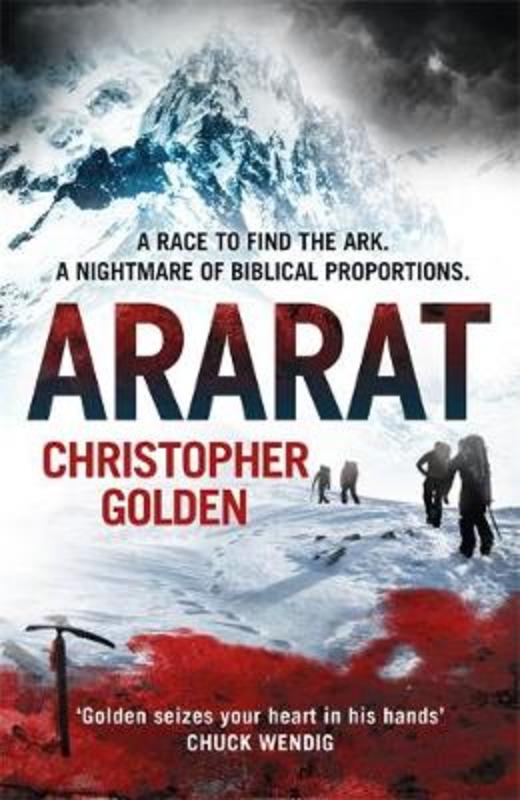 In ARARAT, by New York Times bestselling author Christopher Golden, an ancient evil inhabits a cave on the snow-capped, dormant volcano, in the most Eastern reaches of Turkey, that is Mount Ararat. Golden's writing is 'the real deal' (Stephen King) and ARARAT will thrill and fascinate in equal measure.

Meryam and Adam take risks for a living. But neither is prepared for what lies in the legendary heights of Mount Ararat, Turkey.

First to reach a massive cave revealed by an avalanche, they discover the hole in the mountain's heart is really an ancient ship, buried in time. A relic that some fervently believe is Noah's Ark.

Deep in its recesses stands a coffin inscribed with mysterious symbols that no one in their team of scholars, archaeologists and filmmakers can identify. Inside is a twisted, horned cadaver. Outside a storm threatens to break.

As terror begins to infiltrate their every thought, is it the raging blizzard that chases them down the mountain - or something far worse?