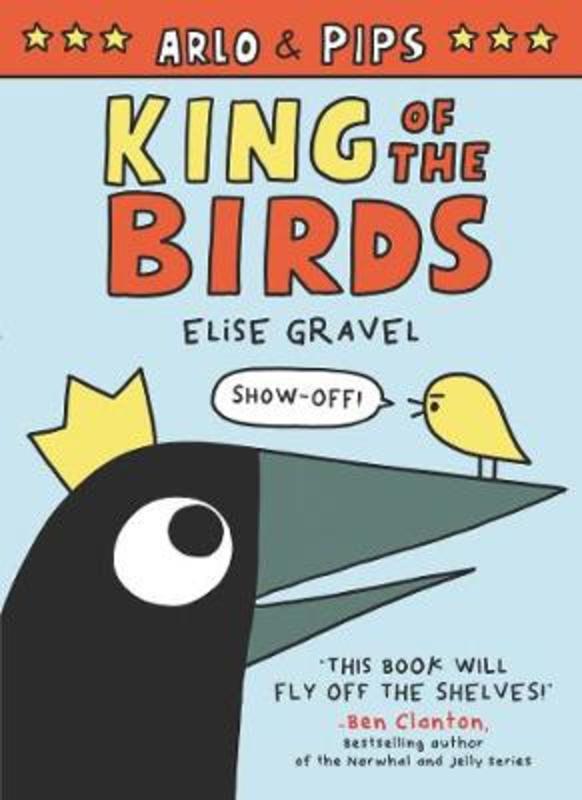 Arlo & Pips: King of the Birds

Perfect for fans of Narwhal and Jelly, Arlo & Pips: King of the Birds is the first in a new early graphic chapter book series about the friendship between Arlo, an arrogant crow, and a sarcastic little bird named Pips.

Like most crows, Arlo has a big brain. But Arlo has something else: a little pal who's not afraid to tell him when he's being insufferable!

In the first of three episodes, a battle of the brains and bird-to-bird banter soon turns into an unexpected friendship. Arlo and Pips' adventures include a visit the big city and the beach on their hunt for shiny things and French fries. Cool crow facts are included throughout the book.

Everyone's crowing about Arlo & Pips, with Kirkus praising it as "a perfect match for newly independent readers"!