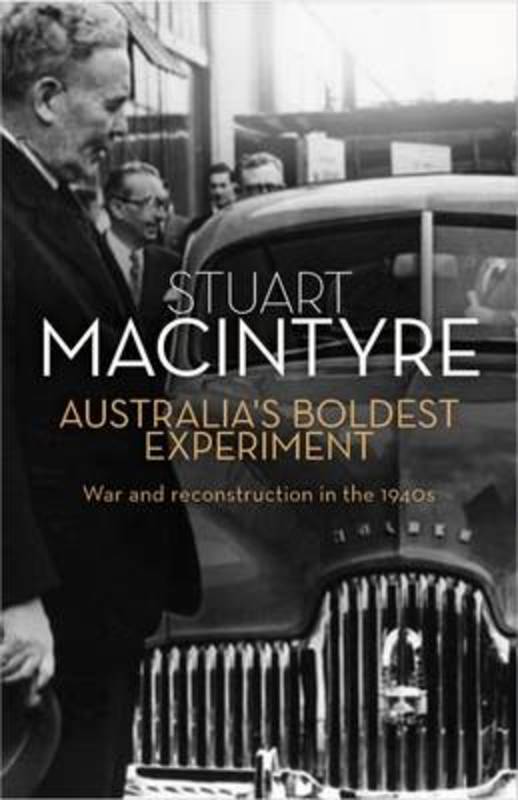 War and Reconstruction in the 1940s

In this landmark book, Stuart Macintyre explains how a country traumatised by World War I, hammered by the Depression and overstretched by World War II became a prosperous, successful and growing society by the 1950s. An extraordinary group of individuals, notably John Curtin, Ben Chifley, Nugget Coombs, John Dedman and Robert Menzies, re-made the country, planning its reconstruction against a background of wartime sacrifice and austerity. The other part of this triumphant story shows Australia on the world stage, seeking to fashion a new world order that would bring peace and prosperity.

This book shows the 1940s to be a pivotal decade in Australia. At the height of his powers, Macintyre reminds us that key components of the society we take for granted - work, welfare, health, education, immigration, housing - are not the result of military endeavour but policy, planning, politics and popular resolve.