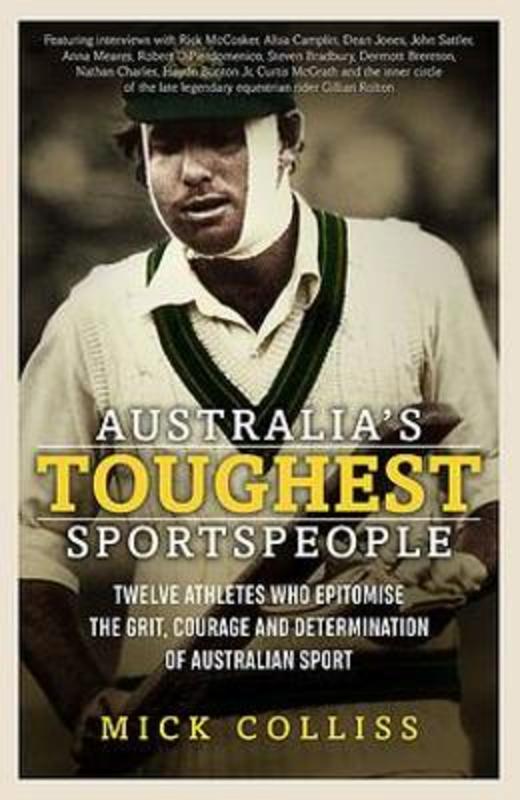 Gillian Rolton fell off her horse, broke a rib, and climbed back on to win a gold medal for Australia at Atlanta Olympics in 1996. Unquestionably she was one of the hardest athletes in the history of Australian sport. Her death in 2017 spurred author Mick Colliss to sit down for intimate interviews with Australia's Toughest Sportspeople.

From AFL, rugby union and cricket to aerial skiing, equestrian sports and speed skating, Australian sport has produced some of the toughest nuts around. They are the people who played on through injury or overcame potentially catastrophic setbacks to inspire a sports-loving nation. Through a series of revealing interviews, author Mick Colliss explores the extraordinary character of these outstanding athletes, and reveals the mental and physical fortitude it took for them to carry on when the rest of us would have been carried off. Australia's Toughest Sportspeople provides fascinating insights into the most memorable and awe-inspiring moments in Australian sport, as well as new and intimate details on what happened beyond the headlines.