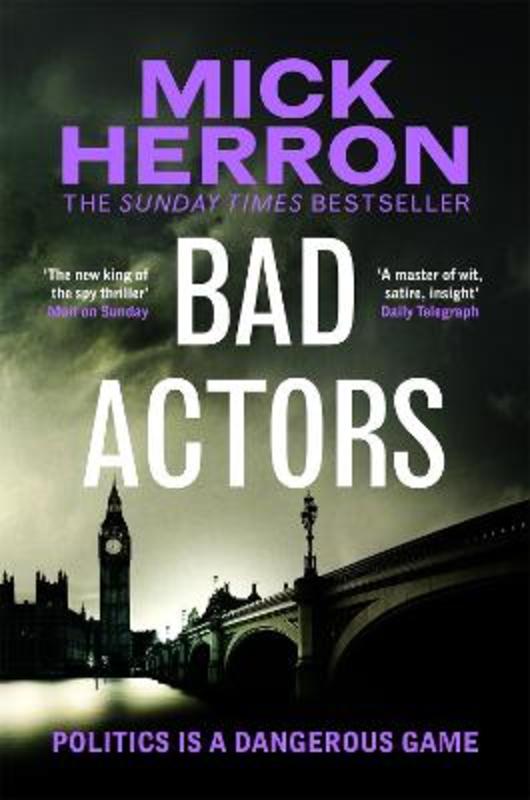 INTELLIGENCE HAS A NEW HOME

A governmental think-tank, whose remit is to curb the independence of the intelligence service, has lost one of its key members, and Claude Whelan-one-time head of MI5's Regent's Park-is tasked with tracking her down. But the trail leads straight back to the Park itself, with Diana Taverner as chief suspect. Has Diana overplayed her hand at last? What's her counterpart, Moscow's First Desk, doing in London? And does Jackson Lamb know more than he's telling?

Over at Slough House, with Shirley Dander in rehab, Roddy Ho in dress rehearsal, and new recruit Ashley Khan turning up the heat, the slow horses are doing what they do best, and adding a little bit of chaos to an already unstable situation . . .

There are bad actors everywhere, and they usually get their comeuppance before the credits roll. But politics is a dirty business, and in a world where lying, cheating and backstabbing are the norm, sometimes the good guys can find themselves outgunned.