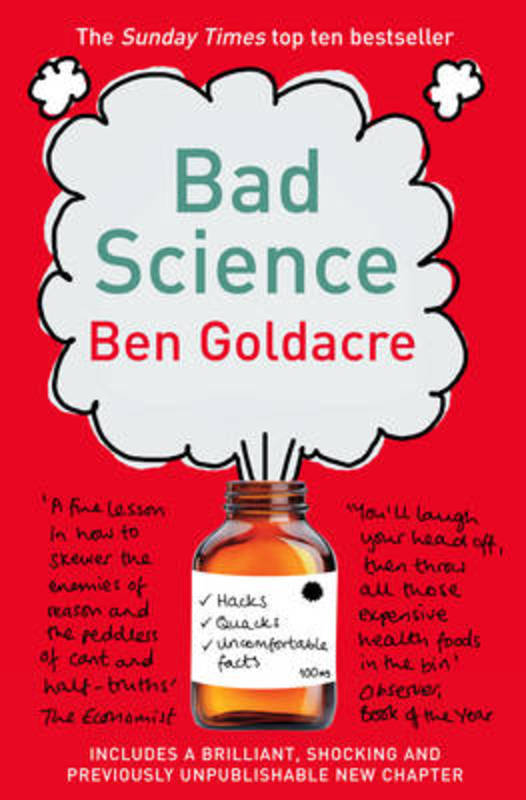 Shorlisted for the BBC Samuel Johnson Prize for Non-Fiction

Longlisted for the Royal Society Prize for Science Books

Guardian columnist Dr Ben Goldacre takes us on a hilarious, invigorating and informative journey through the bad science we're fed by the worst of the hacks and the quacks...

Dr Ben Goldacre is the author of the `Bad Science' column in the Guardian and his book is about all the `bad science' we are constantly bombarded with in the media and in advertising. At a time when science is used to prove everything and nothing, everyone has their own `bad science' moments - from the useless pie-chart on the back of cereal packets to the use of the word 'visibly' in cosmetics ads. This book will help people to quantify their instincts - that a lot of the so-called `science' which appears in the media and in advertising is just wrong or misleading. Satirical and amusing - and unafraid to expose the ridiculous - it provides the reader with the facts they need to differentiate the good from the bad.

Full of spleen, this is a hilarious, invigorating and informative journey through the world of `bad science'.