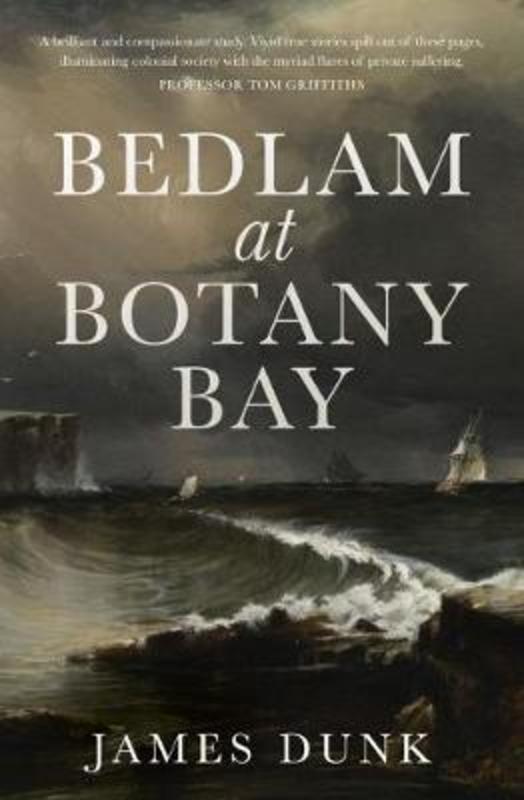 Madness stalked the colony of New South Wales and
tracing its wild path changes the way we look at our colonial history.

What happened when people went mad in the
fledgling colony of New South Wales? In this important new history, we find out
through the tireless correspondence of governors and colonial secretaries, the delicate
descriptions of judges and doctors, the brazen words of firebrand politicians,
and the heartbreaking letters of siblings, parents and friends. We also hear
from the mad themselves. Legal and social distinctions faded as delusion and
disorder took root - in convicts exiled from their homes and living under the
weight of imperial justice, in ex-convicts and small settlers as they grappled
with the country they had taken from its Indigenous inhabitants, and in
government officers and wealthy colonists who sought to guide the course of
European history in Australia.

These stories of madness are woven together
into a narrative about freedom and possibilities, unravelling and collapse. Bedlam at Botany Bay looks at people who
found themselves not only at the edge of the world, but at the edge of sanity.
It shows their worlds colliding.