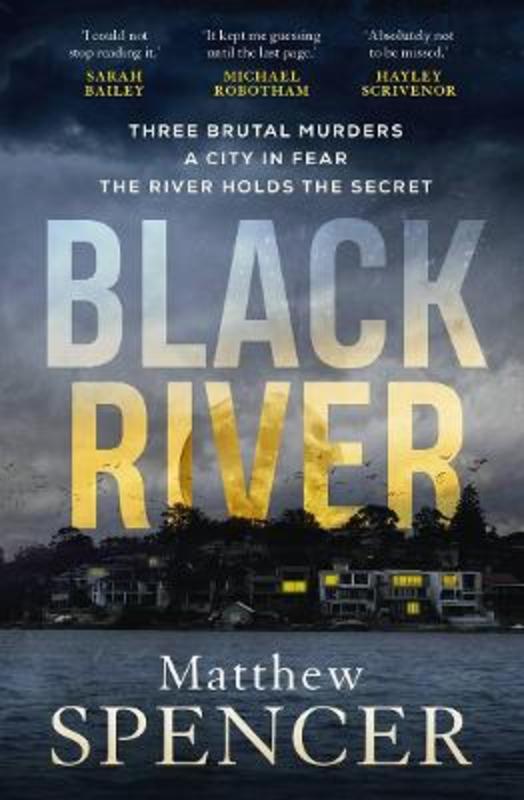 Matthew Spencer, Signed Copies - Online Only - Not Available in Stores

A long, burning summer in Sydney. A young woman found murdered in the deserted grounds of an elite boarding school. A serial killer preying on victims along the banks of the Parramatta River. A city on edge.

Adam Bowman, a battling journalist who grew up as the son of a teacher at Prince Albert College, might be the only person who can uncover the links between the school murder and the 'Blue Moon Killer'. But he will have to go into the darkest places of his childhood to piece together the clues. Detective Sergeant Rose Riley, meanwhile, is part of the taskforce desperately trying to find the killer before he strikes again. Adam Bowman's excavation of his past might turn out to be Rose's biggest trump card or it may bring the whole investigation crashing down, and put her own life in danger.

'A meticulous, propulsive thriller with a cast of standout characters and intriguing setting. I could not stop reading it.' SARAH BAILEY

'Sharply plotted and relentlessly paced, it kept me guessing until the last page.' MICHAEL ROBOTHAM

'Propulsive and intricate. A gritty Sydney comes to life in Matthew Spencer's compelling cast of characters. A crime thriller that is absolutely not to be missed.' HAYLEY SCRIVENOR

'Black River hooked me and wouldn't let me go. You're going to want to read this one with all the lights on.' TIM AYLIFFE