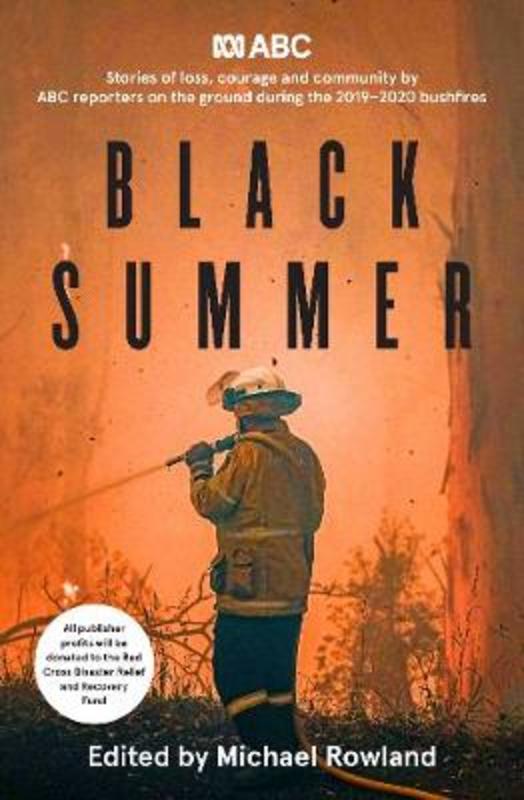 Stories of loss, courage and community from the 2019-2020 bushfires

Told by ABC journalists who were on the ground and broadcasting during our worst ever fire season, spearheaded by Michael Rowland

The bushfires that burnt across Australia from June 2019 to February 2020 were unprecedented. By the time the rains came, they had devoured more than 18 million hectares of bush and farm land, destroyed nearly 3000 homes, claimed the lives of 33 people, killed about a billion animals and driven more to the brink of extinction. The heartbreak, pain, loss and uncertainty were felt far and wide. These were fires that burnt in every state and affected all Australians, directly or indirectly.

But out of the tragedies, the fear, the lost homes, the burnt forests, the bleak holidays, the unrelenting smoke have come stories of courage and community. ABC journalists on the ground during the crises brought many of these stories into homes across the nation. This book contains updates, new stories and overviews by them, as well as reflections on how such a catastrophe occurred and what we have learnt from it. It is both a record of the events and a tribute to those who endured, escaped, fought and in some cases paid the ultimate price.

All publisher profits from this book will be donated to the Red Cross Disaster Relief and Recovery Fund.