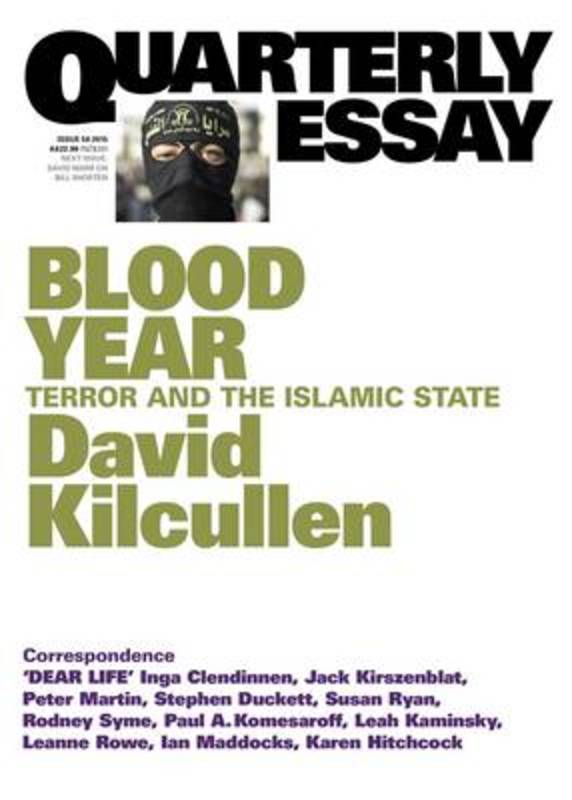 Last year was a 'blood year' in the Middle East - massacres and beheadings, fallen cities, collapsed and collapsing states, the unravelling of a decade of Western strategy. We saw the rise of ISIS, the splintering of government in Iraq, and foreign fighters - many from Europe, Australia and Africa - flowing into Syria at a rate ten times that during the height of the Iraq War. What went wrong?In Blood Year, David Kilcullen calls on twenty-five years' experience to answer that question. This is a vivid, urgent account of the War on Terror by someone who helped shape its strategy, as well as witnessing its evolution on the ground. Kilcullen looks to strategy and history to make sense of the crisis. What are the roots and causes of the global jihad movement? What is ISIS? What threats does it pose to Australia? What does its rise say about the effectiveness of the War on Terror since 9/11, and what does a coherent strategy look like after a disastrous year?'As things stand in mid-2015, Western countries . . . face a larger, more unified, capable, experienced and savage enemy, in a less stable, more fragmented region. It isn't just ISIS - al-Qaeda has emerged from its eclipse and is back in the game in Afghanistan, Pakistan, India, Syria and Yemen. We're dealing with not one, but two global terrorist organisations, each with its own regional branches, plus a vastly larger radicalised population at home and a massive flow of foreign fighters.' David Kilcullen, Blood Year