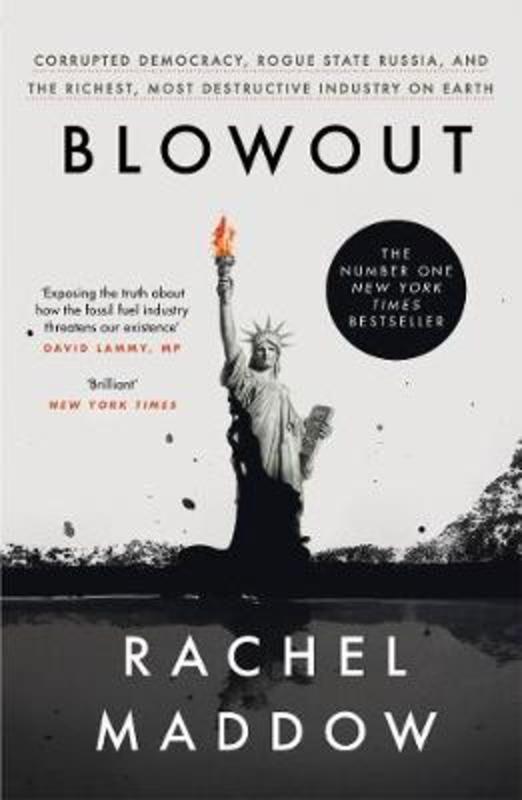 Corrupted Democracy, Rogue State Russia, and the Richest, Most Destructive Industry on Earth

A ground-breaking investigation into the oil and gas industry, international corruption and world politics

But, the enemy of democracy?

Blowout is the oil and gas industry as we've never seen it before, as told by America's most incisive political journalist, Rachel Maddow. A blackly comic journey from Washington to Siberia, to deep within the earth's crust and the icy Arctic seas, it reveals is not just the greed and incompetence of Big Oil and Gas but why the Russian government hacked the 2016 U.S. election.

This is our final wake-up call- to stop subsidizing oil and gas, to fight for transparency, and to check the influence of the world's most destructive industry before it destroys our democracy

'It takes enormous talent to balance brutal honesty with scorching wit. Rachel Maddow has it in spades... Each page in Blowout is a revelation into the depth of corruption and greed that is infused into the international economy' David Lammy, MP