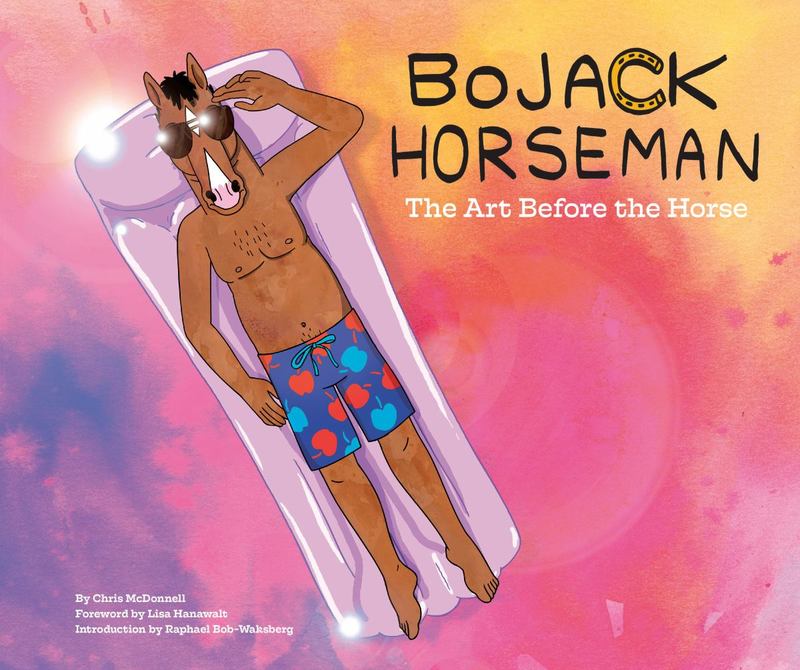 BoJack Horseman: The Art Before the Horse

Netflix's BoJack Horseman has quickly become one of the most critically acclaimed animated comedy series in recent memory. Set in an off-kilter, cynically spun rendering of modern-day Hollywood, the show follows washed-up horse actor BoJack Horseman (voiced by Will Arnett) as he attempts to turn his life around. BoJack Horseman: The Art Before the Horse is the official behind-the-scenes companion to this cult-hit series. Part oral history sourced from original interviews with the show's cast and crew, part art book-including sketches, storyboards, and background art-this book will trace the series from conception to post-production. Beginning with the initial development of creator/ showrunner Raphael Bob-Waksberg and production designer Lisa Hanawalt's inimitable aesthetic vision, The Art Before the Horse goes on to reveal all of the moving parts-direction, writing, casting, animation, and music-that come together to form this uniquely bleak, emotionally potent, very funny show.