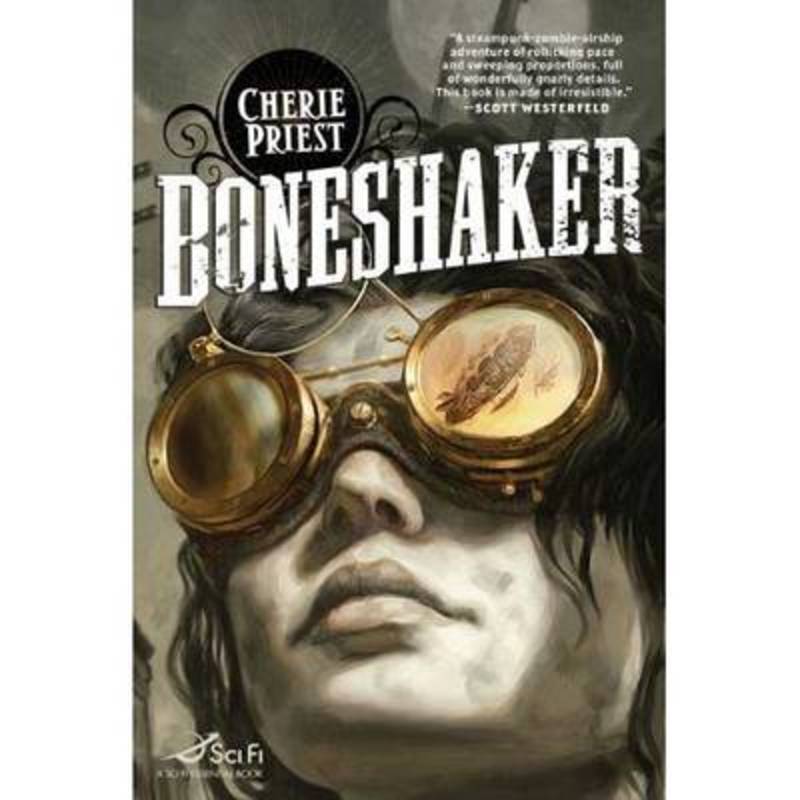 Ezekiel Blue's father committed a crime, unleashing a deadly menace into steampowered Seattle. And his bereaved family has paid the price. Now, Ezekiel is determined to clear his father's name, risking death and the undead in the attempt.Sixteen years ago, as the American Civil War dawned, gold brought hordes to the frozen Klondike. Fanatical in their greed, Russian prospectors commissioned Dr Leviticus Blue to create a great machine, to mine through Alaska's ice. Thus the Incredible Bone-Shaking Drill Engine was born. But the Boneshaker went awry, destroying downtown Seattle and unearthing a subterranean vein of blight gas. Anyone who breathed its fumes turning into the living dead. The devastated city is now walled in to contain the blight. But unknown to Briar, his widowed mother, Ezekiel is going in. His quest will take him into a city teeming with ravenous undead, air pirates, criminal overlords, and heavily armed refugees. And only Briar can bring him out alive.