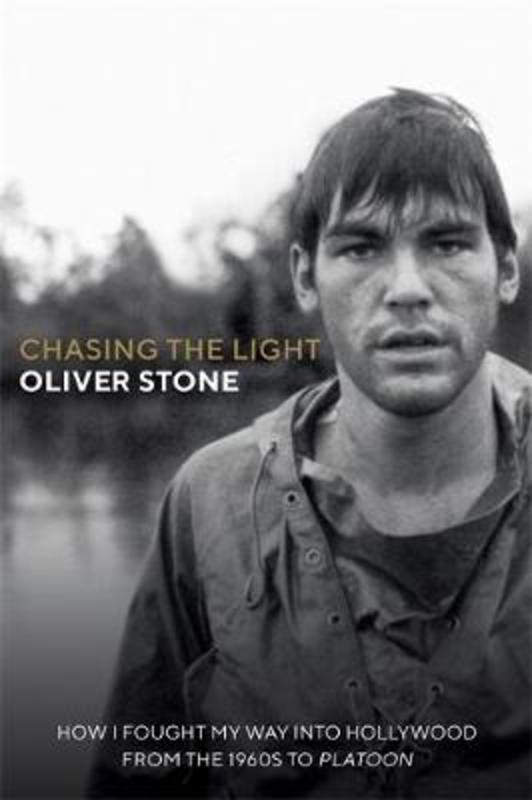 "Raw, savagely honest, as dramatic as any of his movies, Oliver Stone's memoir defies all the Hollywood cliches." - Mail on Sunday

"A tremendous book - readable, funny and harrowing." - The Sunday Times

"I cannot recommend it highly enough. It's a rip-roaring read. It left me breathless." - Chris Evans, Virgin Radio Breakfast Show

"He provokes outrage. He stirs up controversy. He has no respect for safe places. Oliver Stone is larger than life. Chasing the Light says it all." - Sir Anthony Hopkins

"Oliver Stone's narrative, his life story about the heartbreaks, the near misses, and finally the triumphs is a Hollywood movie in itself." - Spike Lee

"No one writes a Hollywood memoir with such candour as Oliver Stone." - Mail on Sunday

In this powerful and evocative memoir, Oscar-winning director and screenwriter, Oliver Stone, takes us right to the heart of what it's like to make movies on the edge.

In Chasing The Light he writes about his rarefied New York childhood, volunteering for combat, and his struggles and triumphs making such films as Platoon, Midnight Express, and Scarface.

Before the international success of Platoon in 1986, Oliver Stone had been wounded as an infantryman in Vietnam, and spent years writing unproduced scripts while taking miscellaneous jobs and driving taxis in New York, finally venturing westward to Los Angeles and a new life.

Stone, now 73, recounts those formative years with vivid details of the high and low moments: we sit at the table in meetings with Al Pacino over Stone's scripts for Scarface, Platoon, and Born on the Fourth of July; relive the harrowing demon of cocaine addiction following the failure of his first feature, The Hand (starring Michael Caine); experience his risky on-the-ground research of Miami drug cartels for Scarface; and see his stormy relationship with The Deer Hunter director Michael Cimino. We also learn of the breathless hustles to finance the acclaimed and divisive Salvador; and witness tensions behind the scenes of his first Academy Award-winning film, Midnight Express.