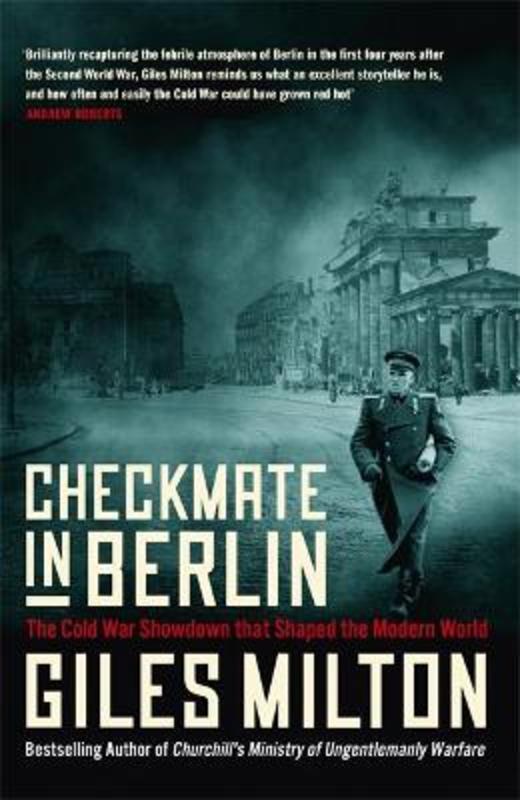 The Cold War Showdown that Shaped the Modern World

'Brilliantly recapturing the febrile atmosphere of Berlin in the first four years after the Second World War, Giles Milton reminds us what an excellent story-teller he is' - Andrew Roberts, author of Churchill: Walking with Destiny

Berlin was in ruins when Soviet forces fought their way towards the Reichstag in the spring of 1945. Streets were choked with rubble, power supplies severed and the population close to starvation. The arrival of the Soviet army heralded yet greater terrors: the city's civilians were to suffer rape, looting and horrific violence. Worse still, they faced a future with neither certainty nor hope.

Berlin's fate had been sealed four months earlier at the Yalta Conference. The city, along with the rest of Germany, was to be carved up between the victorious powers - British, American, French and Soviet. On paper, it seemed a pragmatic solution; in reality, it fired the starting gun for the Cold War.

As soon as the four powers were no longer united by the common purpose of defeating Germany, they reverted to their pre-war hostility and suspicion. Rival systems, rival ideologies and rival personalities ensured that Berlin became an explosive battleground. The ruins of this once-great city were soon awash with spies, gangsters and black-marketeers, all of whom sought to profit from the disarray.

For the next four years, a handful of charismatic but flawed individuals - British, American and Soviet - fought an intensely personal battle over the future of Germany, Europe and the entire free world.

CHECKMATE IN BERLIN tells this exhilarating, high-stakes tale of grit, skullduggery, and raw power. From the high politics of Yalta to the desperate scramble to break the Soviet stranglehold of Berlin with the greatest aerial operation in history, this is the epic story of the first battle of the Cold War and how it shaped the modern world.