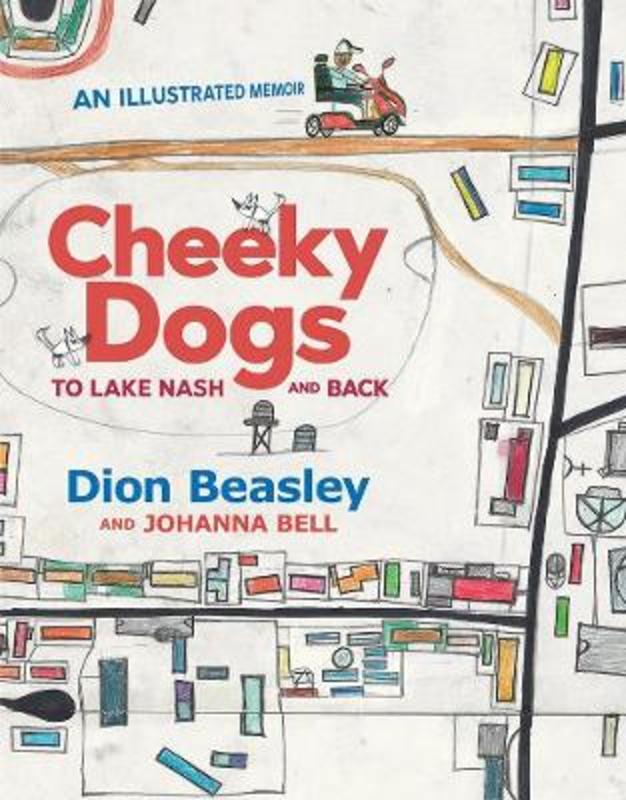 Cheeky Dogs: to Lake Nash and Back

Every morning
Is it time yet?
Nearly Joie says.
Out of the freezer comes the meat.
Bones and sausages and chicken necks.
Butcher knife on the bricks, me chopping up.
Be careful! Or you'll cut your finger off.
We can't have that Joie says.

Meet deaf artist, Dion Beasley, and the people he calls family. Dodging road trains by day and giant blue monsters at night, Dion weaves his way through life on an electric scooter, collecting rocks and dogs to make art. In his dreams he sees animals from overseas and his mother's country, Lake Nash, but every morning, without fail, he puts on his favourite socks and gets ready to feed the dogs. Is it time yet?

Dion Beasley and Johanna Bell have collaborated on two other books, Too Many Cheeky Dogs and Go Home, Cheeky Animals, which won the Children's Book Council of Australia Book of the Year Award in 2017.