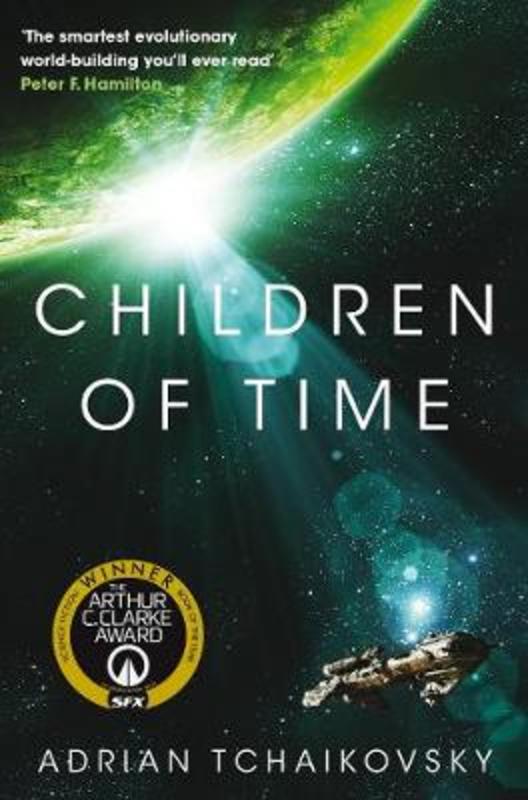 A race for survival among the stars ... Humanity's last survivors escaped earth's ruins to find a new home. But when they find it, can their desperation overcome its dangers?

WHO WILL INHERIT THIS NEW EARTH?

The last remnants of the human race left a dying Earth, desperate to find a new home among the stars. Following in the footsteps of their ancestors, they discover the greatest treasure of the past age - a world terraformed and prepared for human life.

But all is not right in this new Eden. In the long years since the planet was abandoned, the work of its architects has borne disastrous fruit. The planet is not waiting for them, pristine and unoccupied. New masters have turned it from a refuge into mankind's worst nightmare.

Now two civilizations are on a collision course, both testing the boundaries of what they will do to survive. As the fate of humanity hangs in the balance, who are the true heirs of this new Earth?

PRAISE FOR CHILDREN OF TIME

"Like a Stephen Baxter novel with an epic sweep of history ... added to a broad cast of a Peter Hamilton Space Opera and the narrative drive of, say, a David Brin or a Greg Bear old style SF novel, Children of Time soon got me hooked." SFF World

"Children of Time has that essence of the classic science fiction novels, that sense of wonder and unfettered imagination but combined with this is the charm of a writer who really knows how to entertain ... Essential science fiction, a book not to be missed." SF Book