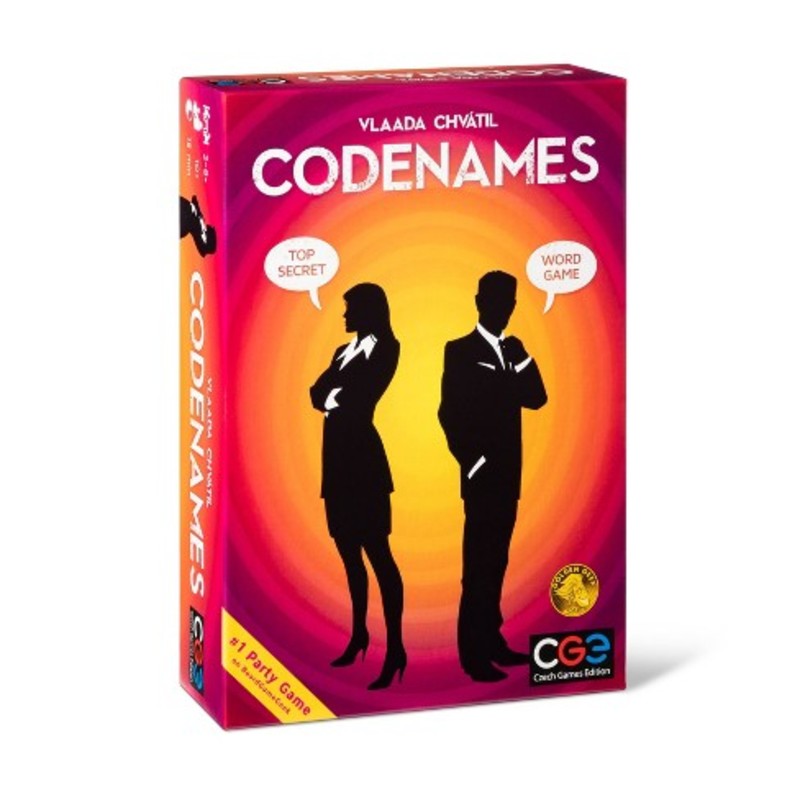 "Codenames is one of those rare games that is just as enjoyable when you're losing as when you're winning! Easy to learn but hard to master, this spy-themed word game gets everyone thinking laterally and has always sparked passionate (but not too heated) debate around the table" -Jem

Codenames is a top-rated spy game for multiple players that you won't stop playing! The two rival spymasters know the secret identities of 25 agents. Their teammates know the agents only by their CODENAMES given on the cards. The teams compete to see who can make contact with all of their agents first. Spymasters give one-word clues that can point to multiple words on the board. Teammates use these clues to guess words of the right colour while avoiding those that belong to the opposing team. And of course, everyone wants to avoid the assassin. This game is a great way to engage with up to 7 other players and makes for a great family pastime.

Suggested Ages 10 and up