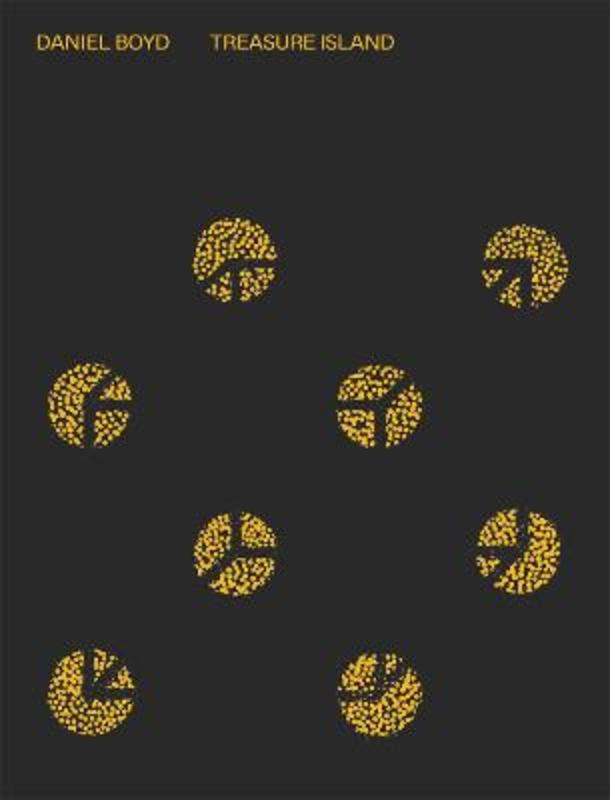 Daniel Boyd (b 1982) is one of Australia's most acclaimed young artists. His practice is internationally recognised for its manifold engagement with the colonial history of the Australia-Great Ocean (Pacific) region. Drawing upon intermingled discourses of science, religion and aesthetics, Boyd's work reveals the complexities through which political, cultural and personal memory is composed. With both Aboriginal and ni-Vanuatu heritage, Boyd's work traces this cultural and visual ancestry in relation to the broader history of Western art.

Working with an idiosyncratic painting technique that partially obscures the composition, Boyd refigures archival imagery, art historical references and his family photographs, forcing us to contend with histories that have been hidden from view. His recent work draws on Gestalt theory, the allegory of Plato's cave, dark matter and the Necker
cube.

Daniel Boyd: Treasure Island unpacks the ways Boyd holds a lens to colonial history, explores multiplicity within narratives, and interrogates blackness as a form of First Nations' resistance. It provides a thoughtful and thought-provoking response to the current moment where critical dialogues on ideas of community, connectivity and cultural repatriation carry particular urgency.

With new writing by the exhibition curators and commissioned First Nations authors, the book offers both critical insight into Daniel Boyd's practice as well as creative and experimental responses to his work.

Boyd has exhibited widely in Australia and recognised internationally with his Up in smoke tour exhibition at the Natural History Museum, London in 2011 (following his artist-in-residence there); inclusion in the 56th Venice
Biennale All The World's Futures exhibition in 2015; and solo exhibition Treasure Island at the Kukje Gallery, Seoul, Korea in 2021.

Daniel Boyd: Treasure Island is published in conjunction with the artist's first major exhibition to be held in an Australian public institution. The book will feature over 100 works from across his nearly two-decade career and includes new work and commissioned spatial interventions.