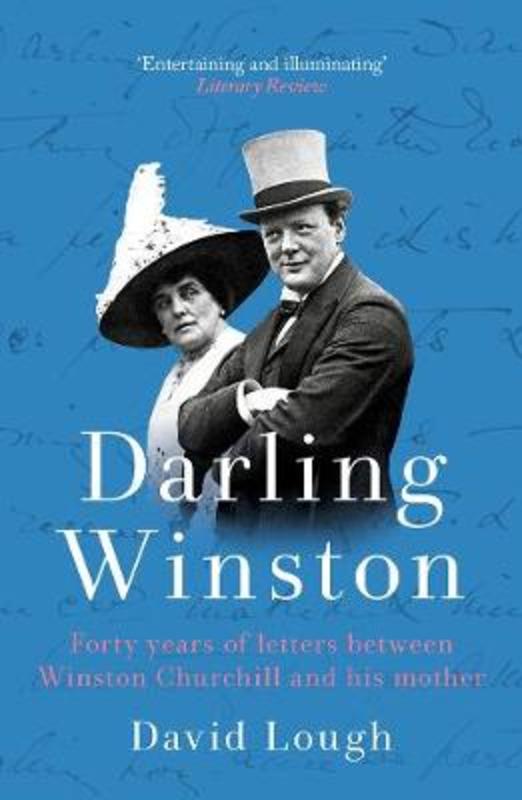 Forty Years of Letters Between Winston Churchill and His Mother

The first ever collection of the letters between Churchill and his mother sheds revelatory light on the future wartime premier.

The first ever collection of the letters between Churchill and his mother. '[An] entertaining and illuminating collection ... As a whole it is a deeply moving account' Literary Review . 'This collection of letters is fascinating' New Statesman . '[A] fascinating correspondence' Daily Telegraph . 'This sparkling volume will be devoured by all who revere Churchill' Daily Mail . Winston Churchill adored his mother Jennie, Lady Randolph Churchill. Between 1881, when Churchill was six, and 1921, the year of Jennie's death, mother and son were prolific letter-writers. In Darling Winston , David Lough has compiled the first-ever edited selection of their voluminous and entertaining forty-year correspondence. Churchill's life across this period follows a trajectory of adventure and political ambition - army service in India, escape from a Boer POW camp, swift ascent from Conservative MP for Oldham to Liberal First Lord of the Admiralty, resignation in the wake of the debacle of Gallipoli, and eventual return to the cabinet in 1917. His mother's life, by contrast, follows a downward spiral: her second marriage founders and she becomes a lonely figure, moving forlornly around the country homes of her wealthy friends. As Winston joins Asquith's cabinet and meets his wife-to-be, Clementine, Jennie is getting divorced and making faltering attempts to embark on a literary career. Darling Winston reflects Churchill's emotional, intellectual and political development as confided to Jennie as his mentor; but it also charts a mother-son relationship characterized at the outset by Winston's dependence on Jennie, which is dramatically reversed as her life crumbles towards its end. Brimming with gossip, name-dropping and chutzpah, and populated by a cast of the great and the good of late Victorian and Edwardian England, Darling Winston enriches our understanding of the political apprenticeship of Britain's most celebrated statesmen, and offers poignant insights into his relationship with the woman whose worldly advice and loving encouragement first set him on the path to power.