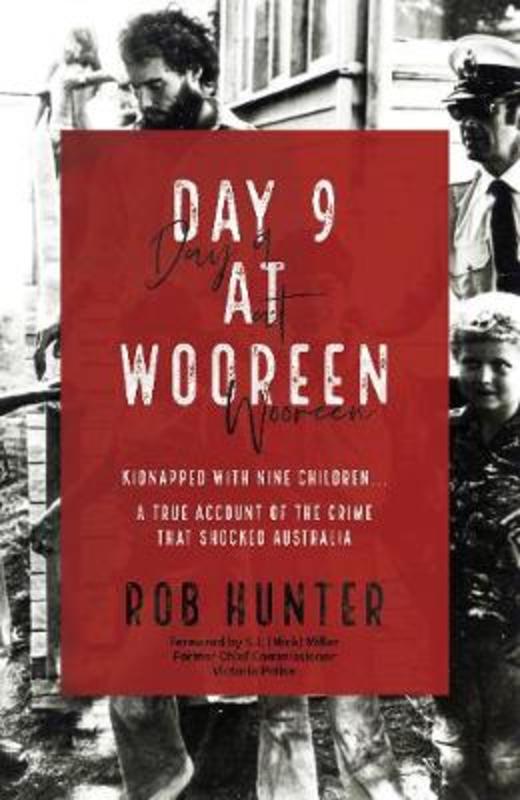 Kidnapped with Nine Children...A true account of the crime that shocked Australia

`At last! An insider's account of one of Australia's most sinister crimes!'
John Silvester, The Age

Kidnapped on his ninth day of teaching with nine students, Rob Hunter retells the story of how Edwin John Eastwood, the Faraday kidnapper, having escaped from prison, burst into his remote South Gippsland school
and at gun point took Rob and his nine students hostage.

Day 9 at Wooreen paints a vivid picture of the Wooreen State School kidnapping of 1977. Written through the teacher's eyes, this gripping tale gives insight into the trauma experienced by the victims, the timely
heroism of logging truck driver Robin Smith, and the bravery and commitment of the Victorian Police Force.

The state school kidnappings of the 1970s shocked Australia. They stand as two of Victoria's most audacious and notorious crimes.

The author celebrates the healing that is possible from such pain and torment, giving the reader renewed hope in a troubled world.

ABOUT THE AUTHOR
Following the kidnapping of 1977, Rob Hunter continued to work as a teacher with the Education Department of Victoria until February 2018. He is married to Judi and
presently resides in rural Victoria. They have four adult sons. Rob is the founder and
presenter of the seminar Kidnapped Teacher Talks - Health After Hurt. The seminar is
based on the health that Rob experiences despite the trauma of his kidnapping.