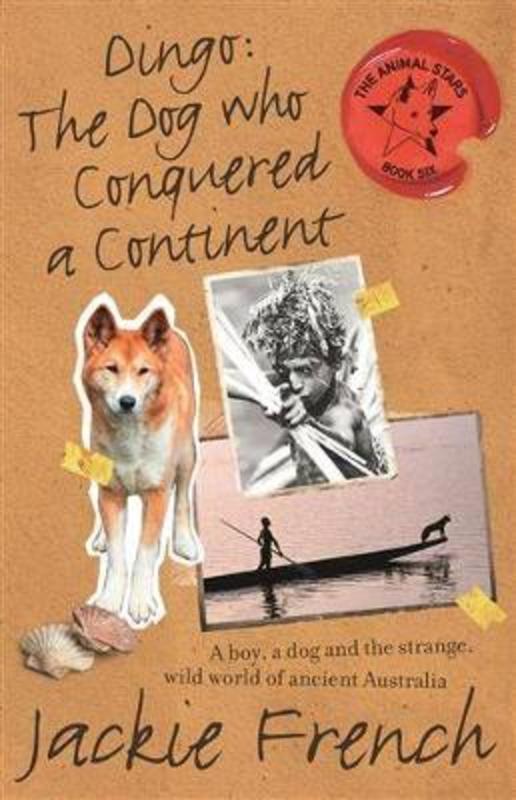 The Dog Who Conquered a Continent

Jackie French's critically acclaimed and best-selling ANIMAL STARS series looks at history through the eyes of an animal. Ages: 9-13

All of Australia's dingoes may be descended from one south-east Asian 'rubbish dog' who arrived here over 5,000 years ago. this is a story about the first dingo. It is also the story of Loa, who heads off across the sea in his canoe when the girl he loves marries another. He takes only his spears and a 'rubbish dog', one of the scavengers from around the camp to eat if he gets hungry, or to throw to threatening sharks or crocodiles. But when a storm blows boy and dog out to sea, both must learn to survive in a strange new world as partners - and even as friends. From renowned author Jackie French comes a story about survival in our earliest times. Praise for tHE HORSE WHO BIt A BUSHRANGER: 'this is a gripping, moving story that is also wonderfully evocative of an era when survival meant growing, creating or killing everything you needed. Kids will love the book for its pace, its sense of adventure and the fact that it is a darn good tale, like French's earlier books in the series.' AUStRALIAN BOOKSELLER + PUBLISHER