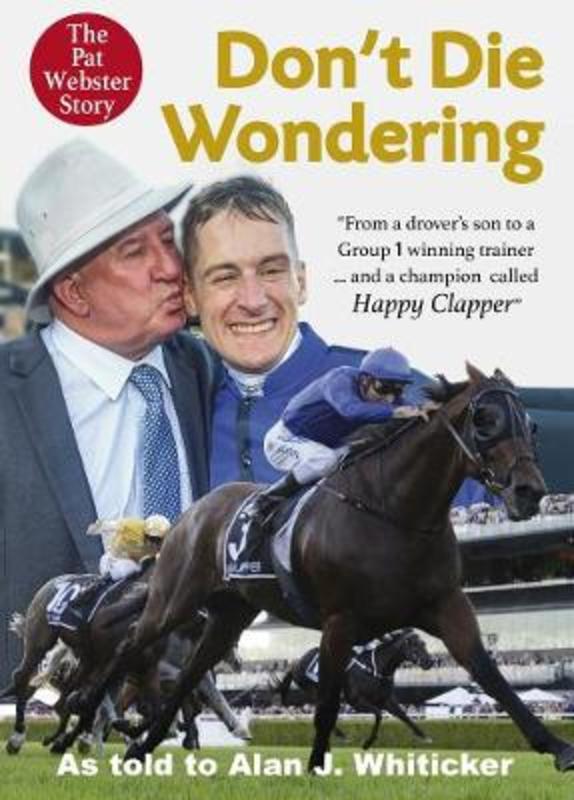 Most people know Pat Webster as the incredibly successful trainer of Happy Clapper, the first horse in history to win the 'big three' Randwick miles. However his life was anything but easy. His fledgling career as a jockey was cut tragically short after a fall during a race and, after starting a family with the love of his life, to almost losing his son to the ravages of drug abuse. With strength, wit and perseverance Pat turned his misfortune into success: a winning stable, and a life-changing role as a mentor for young jockeys, trainers and stable hands. Don't Die Wondering - The Pat Webster Story is a tale of a man who never gave up, who made something from nothing, and used his experience and knowledge to change the lives of those around him. Pat Webster is determined to give back to the sport that has given him so much. An accredited drugs and alcohol counsellor with Racing industry, Pat mentors young jockeys about the demands of their career and the perils of early success. Pat is also an ambassador for the Racing Mates initiative which supports country racing communities struggling to survive in the most unforgiving of sports. A unique Australia Story from a dirt poor upbringing in the country to a successful trainer along the way he has rubbed shoulders with millionaires and battlers.