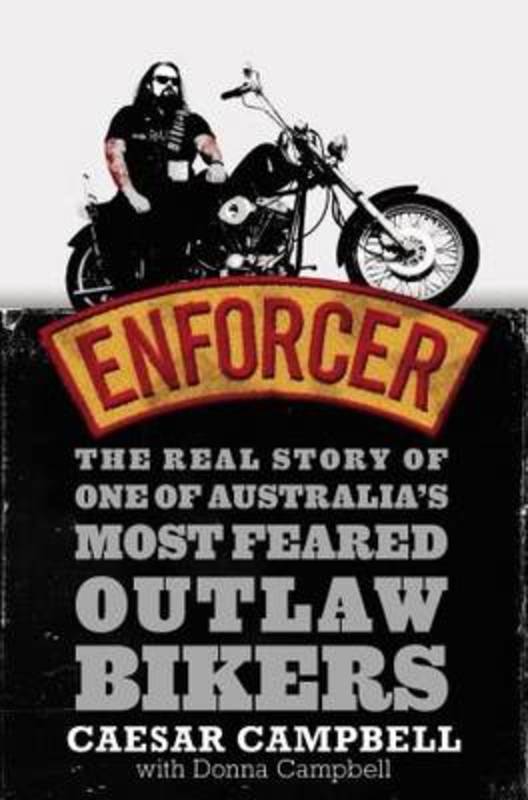 Among members of the outlaw motorcycle clubs, Caesar Campbell is a legend. Former sergeant-at-arms and chief enforcer for the Comancheros, Caesar became the founding member and sergeant-at-arms of the Australian chapter of the Bandidos. He epitomised bikie culture - unbeatable in a fight, brutal in the extreme, fearing no one and nothing, and loyal until death.

This is Caesar's story, from his recruitment into the Comancheros, to the savage split within the club that led to the foundation of the Bandidos and the bloody massacre at Milperra that resulted from it. This was the massacre that saw the death of two of Caesar's brothers, and resulted in four bullet wounds and a lengthy jail term for him.

Never before has someone so respected in the bikie gangs opened a window on to their world. The fact that Caesar has been able to do so is a testament to his ruthlessness, his fearlessness and his reputation in the bikie community.

Enforcer is a unique and captivating true crime story that will shock you with its raw violence, its brutality and its insights into an outlaw world.