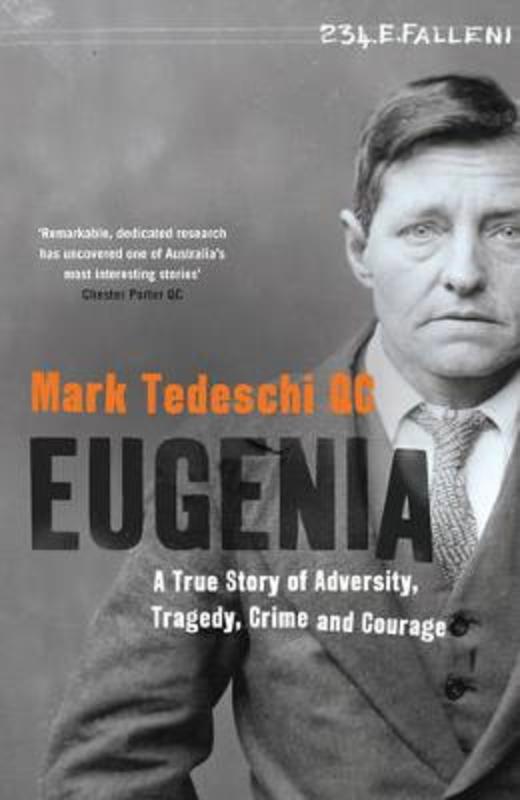 `a meticulous, compassionate examination of a case of sexual deception and murder' Sunday Mail

This is the true crime account of Eugenia Falleni, a woman who in 1920 was charged with the murder of her wife. Eugenia had lived in Australia for twenty-two years as a man and during that time officially married twice. She lived a full married life with her first wife, Annie, for four years before Annie realised that her husband was a woman. Even after Annie knew, they lived together for eight months before they went on a bush picnic, when Annie mysteriously died. Her body was not identified for almost three years, and during this time Eugenia married again, this time to Lizzie. When Eugenia was finally arrested and charged with Annie's murder, the police attempted to tell Lizzie that her husband was a woman. She laughed at them - she was so convinced that her husband was a man that she thought she was pregnant to him.

This is the story of one of the most extraordinary criminal trials in legal history anywhere in the world. The book traces Eugenia's history: from her early years in an Italian immigrant family in New Zealand, to her brutal treatment when she first tried living as a man. The story then follows the twenty-two years that she lived in Sydney as Harry Crawford - exploring how Harry managed to convince two wives that he was a man. The trial of Eugenia Falleni for Annie's murder is extensively analysed in a clear and easily understood way by the author, Senior Crown Prosecutor Mark Tedeschi QC, one of Australia's foremost criminal law barristers.

`Tedeschi writes with a deep compassion and an informed view on gender identity disorder and makes us all consider how fear, prejudice and ignorance can affect lives, even today.' Sunday Herald Sun