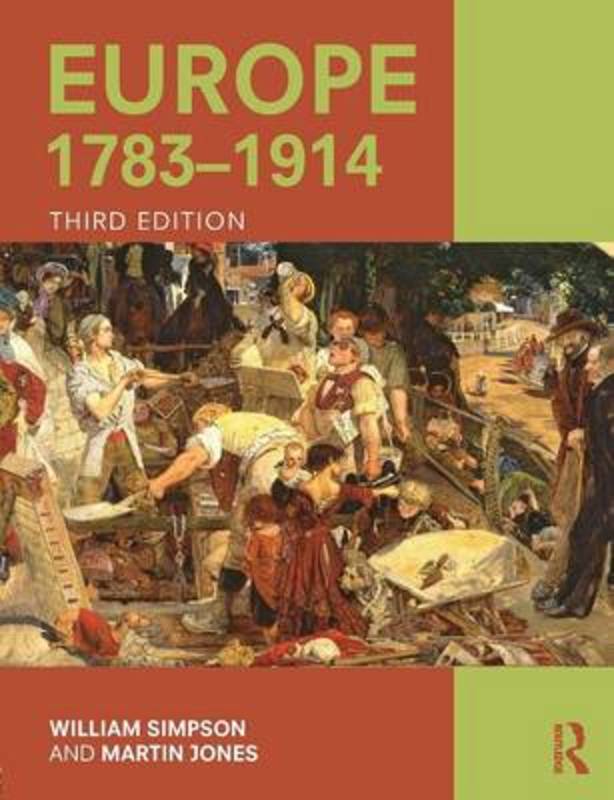 The third edition of Europe 1783-1914 provides a comprehensive overview of Europe from the outbreak of the French Revolution to the origins of the First World War. William Simpson and Martin Jones combine accounts of the most important countries, notably France, Germany and Russia, with the wider political, economic, social and cultural developments affecting Europe as a whole. These include:

A survey of Europe c.1780: the social and economic background, forms of government, and the Enlightenment
The impact of the French Revolution and Napoleon on Europe
The spread of nationalism: the 1848 Revolutions and the unification of Italy and Germany
Changes in the world of ideas: religious belief, romanticism, and cultural achievements in art, literature and music
The age of imperialism: the expansion of Europe, Marxism and left-wing movements, international relations, 1870-1914
The reciprocal relationship between Europe and the United States
Europe in 1914: shifts in the intellectual climate through the works of Darwin and Freud, scientific discoveries and the impact of new technologies, and changes in society and the position of women.

Each chapter features a list of key dates, concise background information and suggestions for further reading, as well as a concluding `Topics for Debate' section which contains relevant contemporary sources and outlines the contrasting views of recent historians on the key issues. The suggestions for further reading have been updated in every chapter by the addition of relevant and significant new books, published up to and including 2014. Extensively illustrated throughout with maps, contemporary cartoons and portraits, Europe 1783-1914 is a clear, detailed and highly accessible analysis of this turbulent and formative period of European history.