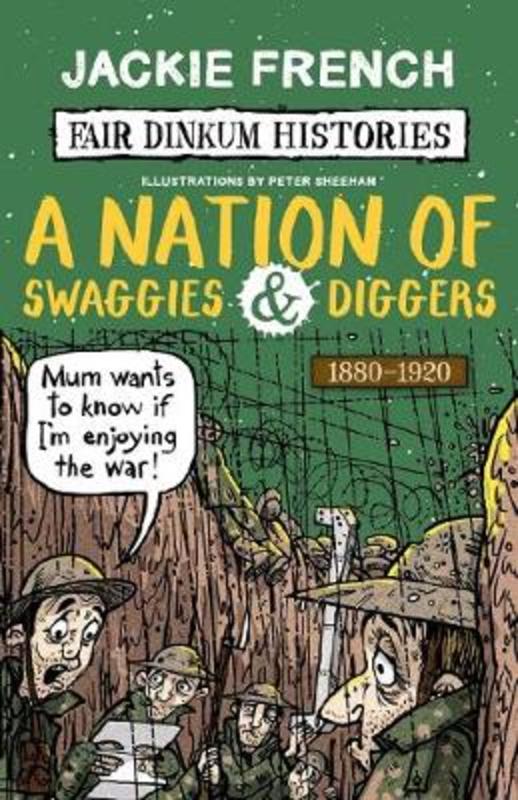 The Australian colonies had come a long way since they were a dump for grim crims and convicts. Life was comfortableat least for some. But soon drought would send swaggies waltzing their matildas along the roads, and bad times would make politicians dream of uniting the country into one nation. And then a far-off war would create a different kind of digger. What they brought back home would make greater changes to Australia than gold ever did. Meet the scabs and the swaggies, battling politicians, doddering generals, sheep stealers and heroic diggers who finally turned us into a nation in the latest instalment of the Fair Dinkum Histories. It's history as youve never seen it!