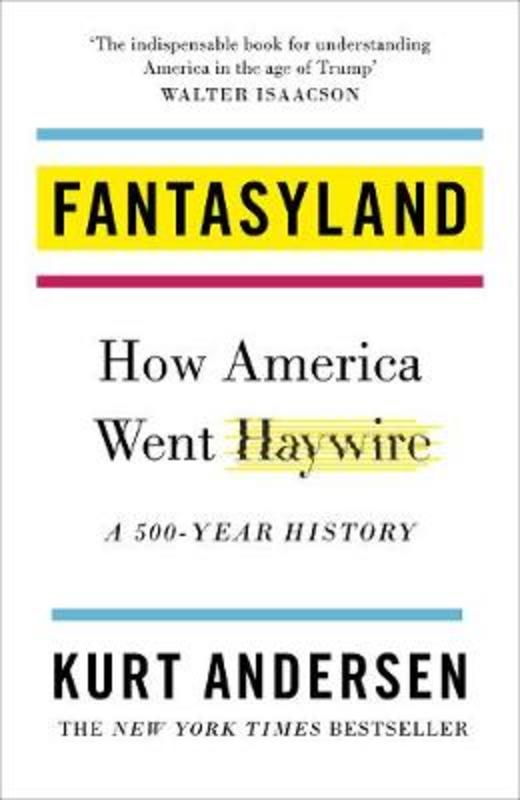 You're entitled to your own opinion but not your own facts

If you want to understand Trump's America, how the lines between reality and illusion have become dangerously blurred, you have to go back to the very beginning and take a dizzying road trip across five centuries of crackpot delusion and make-believe from Salem to Scientology.

From the Pilgrim Fathers onward, America has been a place where renegades and freaks came in search of freedom to create their own realities with little objectively regulated truth standing in their way. To invent and believe what the hell you like is in some ways an unwritten constitutional right. Every citizen is more than ever gloriously free to construct and promote any vision of the world he or she devoutly believes to be true. That do-your-own-thing freedom - run amok since the individualism and relativism of the 1960s and later the unprecedented free-for-all world of the Internet, is the driving credo of America's current transformation where the difference between opinion and fact is rapidly crumbling.

Fantasyland is a journey that joins the dots between the disparate crazed franchises of true believers - America's endless homespun rebooting of Christianity from Mormons to charismatics, medicine shows to new age quacks, conspiracy theorists of every stripe, showmen hucksters from P T Barnum to Trump himself, Creationists to climate change deniers, extra-terrestrial obsessives to gun-toting libertarians, anti-Government paranoia, pseudoscience, survivalists and satanic panic. Along the way Kurt Andersen has created a unique and raucous history of America and a new paradigm for understanding our post-factual world.