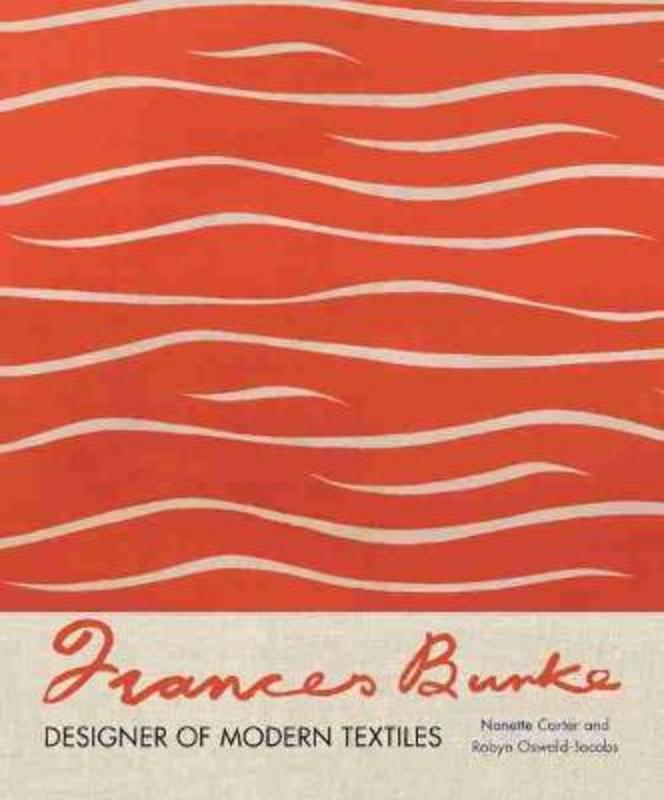 Frances Burke was Australia's most influential and celebrated textile designer of the 20th century. From the late 1930s to 1970, her designs achieved a prominence unparalleled in Australia before or since. Displaying imagery and colours from native flora, marine objects, Indigenous artefacts and designs of pure abstraction, Burke's innovative fabrics remain fresh and appealing, distinctive and evocative of Australia. In New Design, her fabric showroom and interior design consultancy, Burke presented modern furniture by emerging local designers of the postwar period. Drawing on regular visits to the US, UK, Europe, Japan and Taiwan she became an authoritative advocate for modern design.Burke also collaborated with leading architects and interior designers, including Robin Boyd, her fabrics making arresting contributions to influential modern buildings.

In this long-awaited, richly illustrated work, Nanette Carter and Robyn Oswald-Jacobs have located and unpacked the different components of a body of work never presented as art or intended simply for display, but which contributed so much to the felt experience of Australian life in the middle decades of the twentieth century.