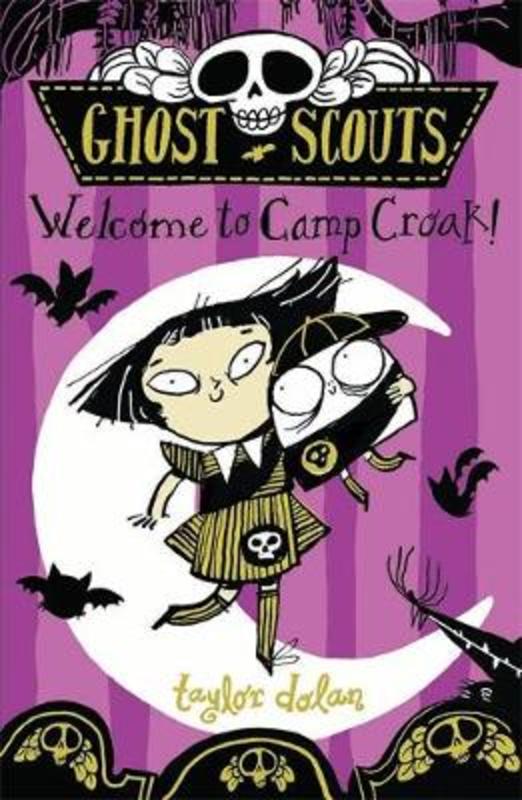 'Fans of Isadora Moon, Amelia Fang, Skeleton Keys are going to LOVE the adventures of this gang of Ghouls' - Lily and the Fae

'An irresistible and very funny adventure... [that] demands to be read aloud' - Books for Keeps

When Lexie Wilde is dropped off at Scout Camp, little does she expect it to be full of zombies, werewolves and three-headed witches, who all become the best of friends. But Camp Croak is under threat from the charmingly foul Euphemia Vile, and they must all come together in order to succeed ... the first in a new series, GHOST SCOUTS.

Lexie Wilde was pretty sure she was supposed to be joining the Happy Hollow Camp for Joyful Boys and Girls for the summer. So why did her Grams just drop her off under a big ol' sign saying WELCOME TO CAMP CROAK? And is she really sharing a cabin with a werewolf, a skeleton, a fancy schmancy zombie and a baseball-hat-wearing ghost? Yep, looks like she is!

After earning some rather unusual Ghost Scout badges, Lexie becomes the best of friends with her new pals, and before long is one of the team. However, danger lurks as the dastardly Euphemia Vile has plans of her own. And when their beloved camp counsellors succumb to an odd sleeping sickness, Lexie and her new friends become suspicious ... can they overcome the saccharine sweetness of their new Scoutmaster and save Camp Croak?

The first in a laugh-out-loud series for young readers, with hilarious integrated two-colour illustrations throughout.