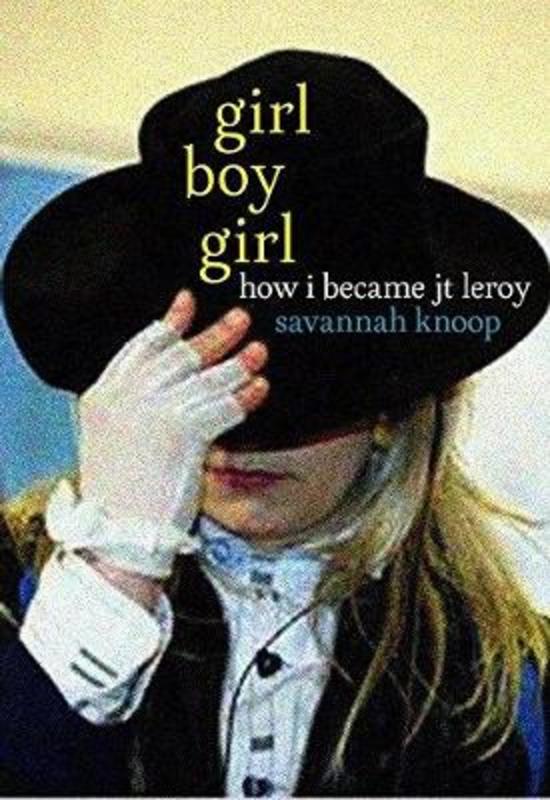 How I Became JT Leroy

More than ten years after the New York Times unmasked Savannah Knoop as the face of the mysterious author JT LeRoy, her story continues to fascinate. To some, it was a compelling experiment with authorship and identity. To others, it was an unforgivable deception. In Girl Boy Girl, Knoop tells her side of the story, revealing how she came to portray the young trans hustler turned literary wunderkind--a persona created by her sister-in-law, Laura Albert, to help sell her books.

For six years Knoop led this bizarre double life, trading a precarious existence as a college dropout for a life in which she was embraced by celebrities and artists--Carrie Fisher, Courtney Love, Mary Ellen Mark, Winona Ryder, Asia Argento, Gus Van Sant, Mike Pitt, Calvin Klein, and Shirley Manson, to name a few--and traveled the world. Knoop reveals how playing JT LeRoy gave her a sense of confidence and entitlement she never had before. But as JT's fame grew, the charade became harder to maintain, and Knoop started to resent "pretending to be someone who had nothing to do with me, representing something I hadn't created." Much more than an inside look at one of the most famous literary hoaxes of all time, this book is also the story of a woman who inadvertently finds herself by pretending to be someone else.

This edition of the book features a new introduction by the author, whose story will soon be a major motion picture starring Kristen Stewart as Savannah/JT.