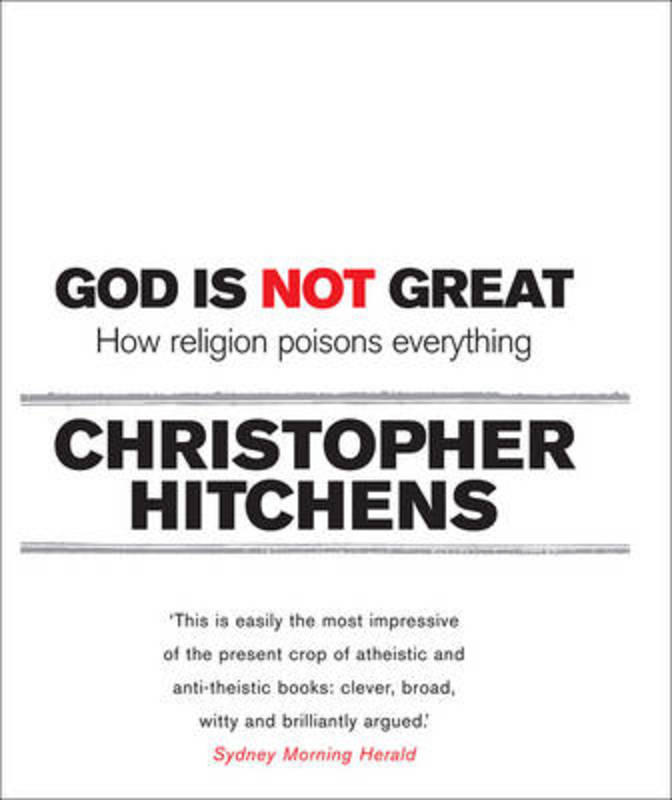 God is Not Great

How Religion Poisons Everything

'This is easily the most impressive of the present crop of atheistic and anti-theistic books: clever, broad, witty and brilliantly argued.' - Sydney Morning Herald .

Christopher Hitchens has been hailed as 'one of the most brilliant journalists of our time' (UK Observer ). Here he makes the ultimate case against organised religion.

In God is Not Great , Hitchen tweezes through the major religious texts with forensic shrewdness. With chapters entitled Religion Kills', and Is Religion Child Abuse?', he fearlessly argues for a secular life based on science and reason, tarring religion as man-made wish-thinking. He documents the ways in which religion is a cause of dangerous sexual repression and a distortion of our origins in the cosmos; in Hitchen's vision, hell is replaced by the Hubble telescope's view of the universe, and Moses and the burning bush give way to the double helix. Principally, Hitchens argues that the concept of an omniscient God has profoundly damaged humanity, and proposes that the world might be a great deal better off without 'Him'.

'If you are a religious apologist invited to debate with Christopher Hitchens, decline.' - Richard Dawkins.