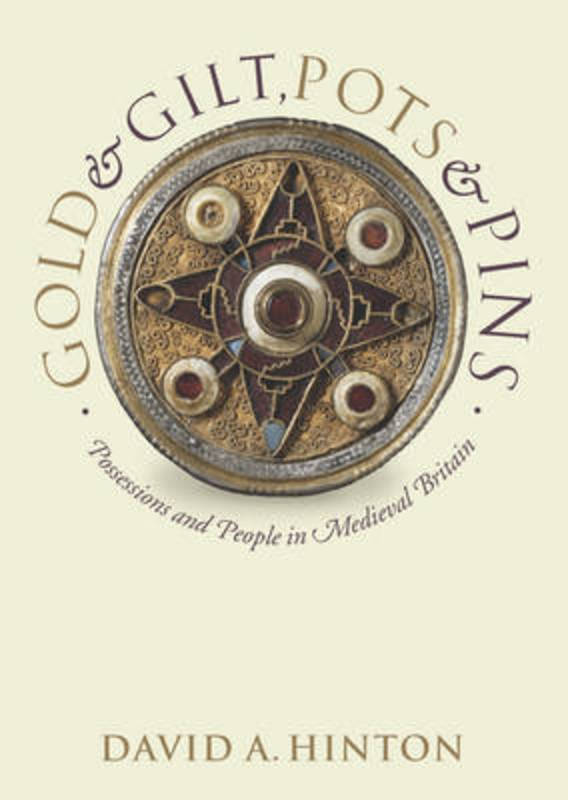 Gold and Gilt, Pots and Pins

Possessions and People in Medieval Britain

David A. Hinton (Professor of Archaeology, University of Southampton)

In medieval Britain people wore jewellery made of gold if they were rich, of base metal if they were poor; they might hoard their property, or give it away to guarantee that they would have friends when needed; and many of them paid tax on their possessions. In Gold and Gilt, Pots and Pins, David Hinton reviews the significance of artefacts in this period. From elaborate gold jewellery to clay pots, he looks at what possessions meant to people at every level of
society. His emphasis is on their reasons for acquiring, keeping, displaying, and disposing of the things that they wore and had in their houses.
Drawing on a wide range of physical and documentary evidence, including objects from archaeological excavations and written sources, he argues that the significance of material culture has not been properly taken into account in explanations of social change, particularly in the later Middle Ages. He also explores how identity was created, and how social division was expressed and reinforced.
An overall review that looks at evidence in Scotland and Wales as well as in England, this book ranges chronologically from the end of the Roman rule of Britain to the introduction of the new modes and practices that are usually termed 'Renaissance', marked by the changes in religion. Profusely illustrated, the author provides a fascinating and illuminating window into the society of the Middle Ages.