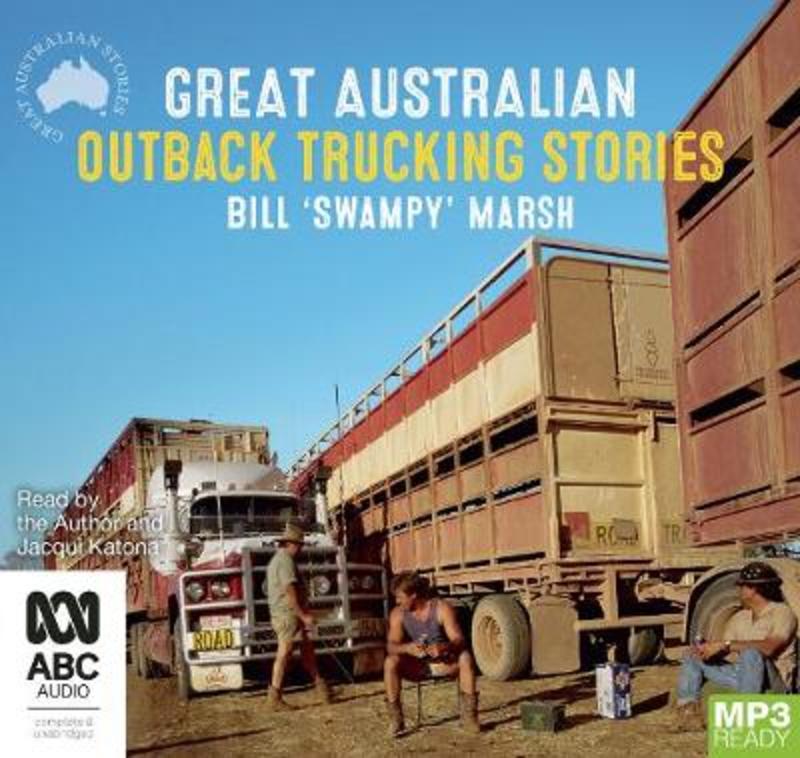 Whether they're carting produce, stock, fuel or even (unbeknown to them) dead bodies, there's one thing that can be said about outback truckies - they're a colourful bunch.

Meet the outback truckies who brave interminable distances, searing heat, raging floodwaters and foot-deep bulldust to transport goods and livestock all across this vast land, serving as lifelines not just to those in the bush but those in cities as well.

From the truckie who found a creative means of transporting penguins, to the one who refused to 'abandon ship' as his truck sank into a river, these real-life accounts show the lengths to which these enterprising and resourceful men and women will go to ensure their load arrives safely at their destination.

Bill 'Swampy' Marsh is an award-winning writer and performer of stories, songs and plays. He spent most of his youth in rural south-western NSW and now lives in Adelaide. Swampy is one of ABC Books' bestselling authors of Australian stories; this is his 19th book.