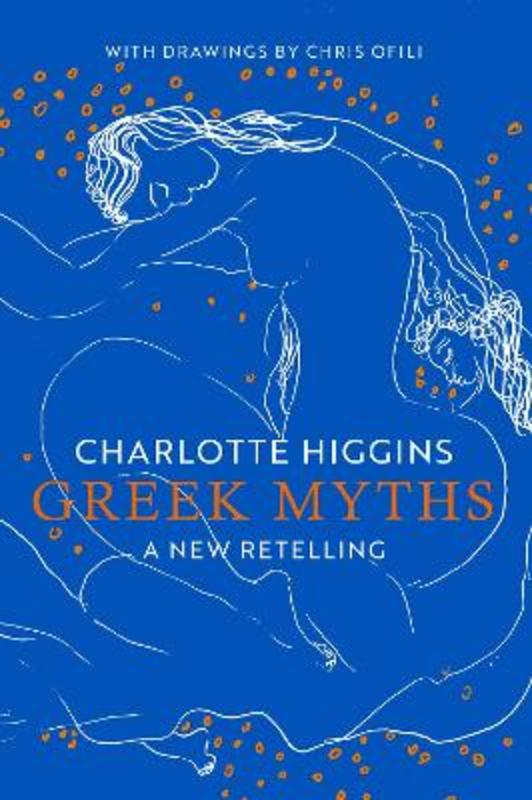 A New Retelling, with drawings by Chris Ofili

A major new retelling of the Greek myths for a new generation, with original drawings by world-renowned artist Chris Ofili.

Charlotte Higgins' spellbinding new collection will include all the most famous Greek myths, as well as many less well known but equally intriguing ones. Here are stories of the creation, of Heracles and Theseus and Perseus, the Trojan war and its origins and aftermaths, tales of Thebes and Argos and Athens. There are stories of love and desire, adventure and magic, destructive gods, helpless humans, gender-shifting characters, resourceful witches, and the origins of birds and animals.

Taking her cue from Ovid, Charlotte Higgins has an intriguing structural device to thread her stories together. Inspired by the many moments in Greek myths in which women are seen to weave stories on to textiles (such as Helen of Troy in Homer, and Arachne and Minerva in Ovid), the tales will be told as if they are scenes in the act of being woven on to textiles by women. And, while not operating as an explicitly feminist retelling, this will add a new dimension to her myths, bringing women narrators and characters into the foreground.

Above all, Charlotte Higgins' Greek Myths will be an original work of literature and scholarship by an exceptionally talented writer. It will be book to be enjoyed as a work of art, a source to be consulted, a present to be given, and an object to keep and treasure.