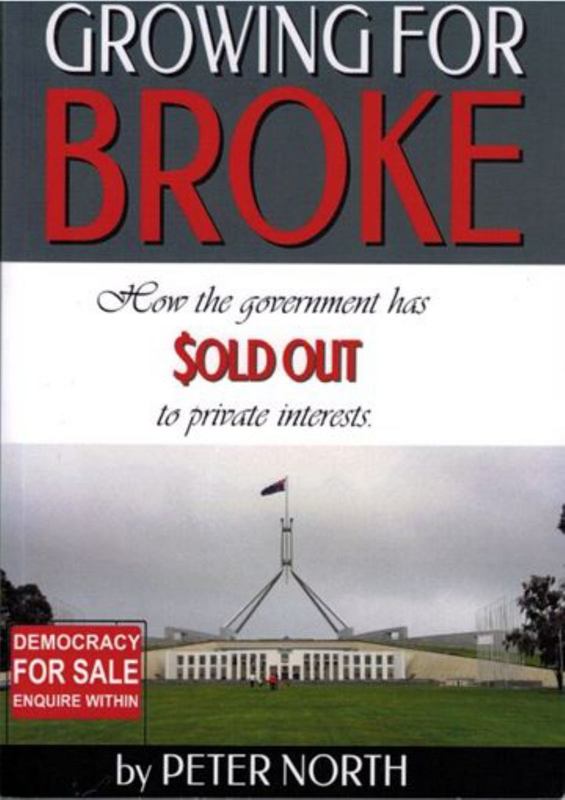 How the government has sold out to private interests

Growing for Broke describes how obsession with economic growth comes at a cost to both the environment and the economy.

To generate strong economic growth in Australia, the government has doubled the migration rate in the last ten years. The downside of this policy is that increased population requires increased infrastructure. To fund infrastructure spending of the recent past, governments have sold most of the public assets the community once owned. Utilities companies, tollways, houses, land, farms, public buildings, airports and seaports have been auctioned off to private companies, many of them foreign owned. With little now left to sell other than the very land on which the nation is built, to finance the infrastructure bill for the ever-expanding population, governments are sinking deeper into debt.

We need to re-evaluate our slavish commitment to economic and population growth. We need to consider a new, more sustainable, economic paradigm.

This book suggests how.