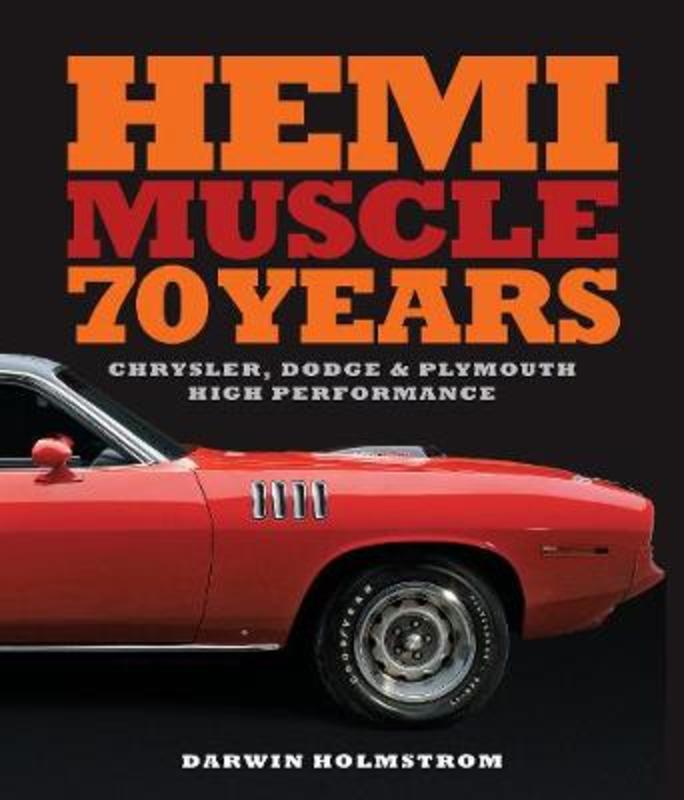 Hemi Muscle Cars is the complete illustrated story of the legendary engine and the cars it powered. Author Darwin Holmstrom explores how Chryslers Hemi engine became the number one choice for drag racers and stock car racers across the country, campaigned to great success by drivers like Richard Petty, Don Garlits, David Pearson, Sox and Martin, and more. In 1950, Chrysler debuted a potent high-performance overhead-valve V-8 engine. Originally called the FirePower, it would soon be better known by the name "Hemi." Intended to power Chrysler's luxury cars, the Hemi found a higher calling: humiliating its competitors on the street and at the race track. On top of learning how the Hemi engine came to be, you'll also see how the Hemi remained the engine to beat on the street, stuffed into some of the most desirable performance cars in automotive history: the 'Cuda, Road Runner, Charger, GTX, and Challenger, to name a few.
The Hemi made such a lasting impact that Chrysler revived it as the top engine for the twenty-first century Challenger and Charger. Today, Hemi is a household name, known to enthusiasts and consumers alike, often imitated, never duplicated. Having found its way into both sports cars and luxury cars, you'll often hear: "Hey, has that thing got a Hemi in it?" This book answers "yes"...and offers the full exciting story!