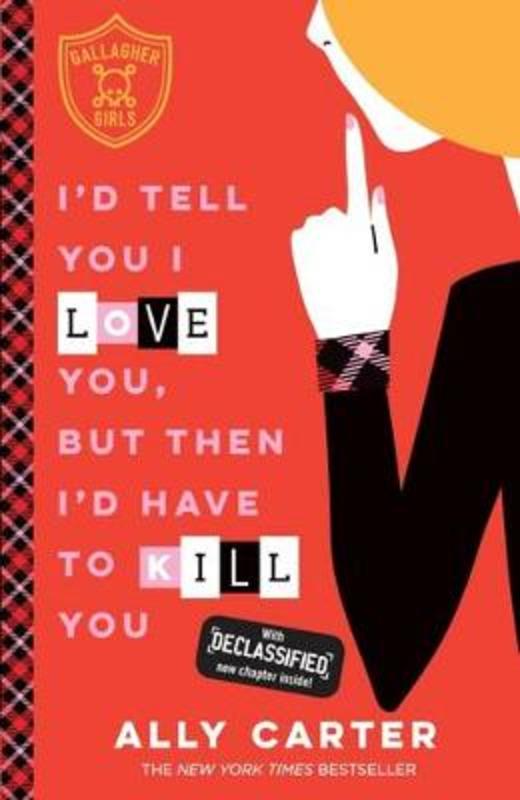 I'd Tell You I Love You, But Then I'd Have to Kill You

The Gallagher Academy for Exceptional Young Women is a fairly typical all girls school, that is, if every school taught advanced martial arts in PE, the latest in chemical warfare in science, and students received extra credit for breaking CIA codes in computer class. In truth, Gallagher Academy might claim to be a school for geniuses -- but it's really a school for spies.

Cammie Morgan is a second-generation Gallagher Girl, and by her sophomore year she's already fluent in fourteen languages and capable of killing a man in seven different ways (three of which involve a piece of uncooked spaghetti). But the one thing the Gallagher Academy hasn't prepared her for is what to do when she falls for an ordinary boy who thinks she's an ordinary girl.

Sure, she can tap his phone, hack into his computer, and track him through a mall without his ever being the wiser, but can she have a regular relationship with a boy who can never know the truth about her?

Cammie may be an elite spy in training, but in her sophomore year, she's beginning her most dangerous mission -- she's falling in love.